Life teaches different lessons in different ways. Some learn from experiencing things and some get the lessons from even watching a cartoon.

Just like many people, Pakistani actress Mehwish Hayat has learned the biggest lesson of her life from an American cartoon “Courage The Cowardly Dog”.

Taking to Instagram, the Tamgha-e-Imtiaz recipient shared a photo of the cartoon and wrote,

“If anything…Courage The Cowardly Dog taught me that no matter how scary things may get, never be afraid to face them and everything will turn out fine in the end.” 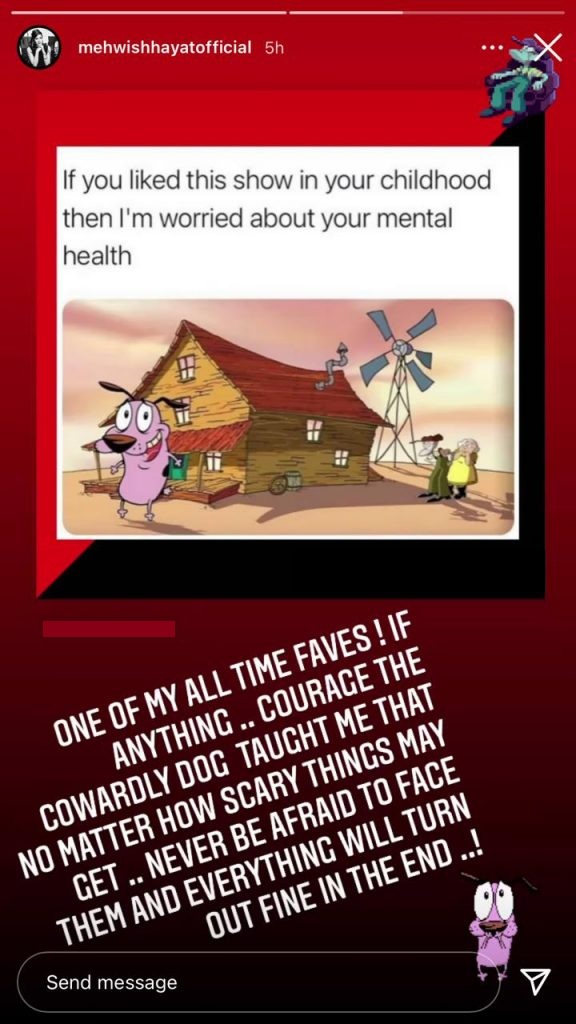 Earlier, the Punjab Nahi Jaungi actress highlighted that society should not tell anyone how to spend their life.

“Let’s not let society dictate the way we want to lead our life. I have come to realize that it is possible for a girl in her early 30’s to be totally happy without being married and with children. It’ll happen when it will and not to some timetable,” the actor had said.