Aiman and Minal Khan’s father Mubeen Khan had passed away on Thursday (31st December 2020) after struggling with major health issues. Since then, both the sisters cannot stop missing their beloved father.

Minal took to Instagram and expressed how much she was missing her father. She shared a photo that read,

“You never think the last time is going to be the last time,” the post read, most likely referring to her final visit to her father when he was alive. 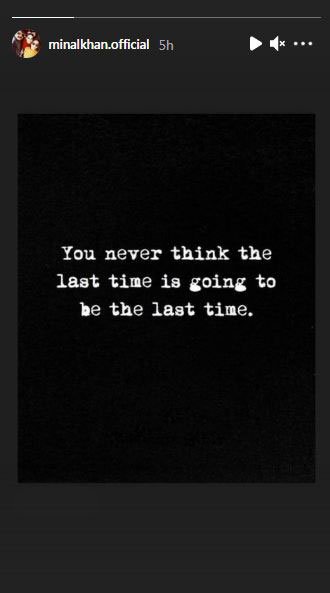 Earlier, Jalan actress uploaded a photo of her late father and sister Aiman Khan and penned down a heartfelt caption.

ISLAMABAD: Pakistan is working with China for the establishment of a Business...

ISLAMABAD: The government is committed to build strategic reserves of essential commodities,...