Pakistani star actress Saba Qamar is known for her stunning looks in Pakistan and all over the world. She never fails to impress people with her unique style and looks.

Saba has shown her brilliant performances in many Pakistani films and dramas and she also worked in Bollywood where she stepped into the new fame in her film career.

While the 36-year-old diva is facing some health issues, the Baaghi star took to her Instagram story, sharing a beautiful bouquet of flowers with a get well soon note she received from Delhi. 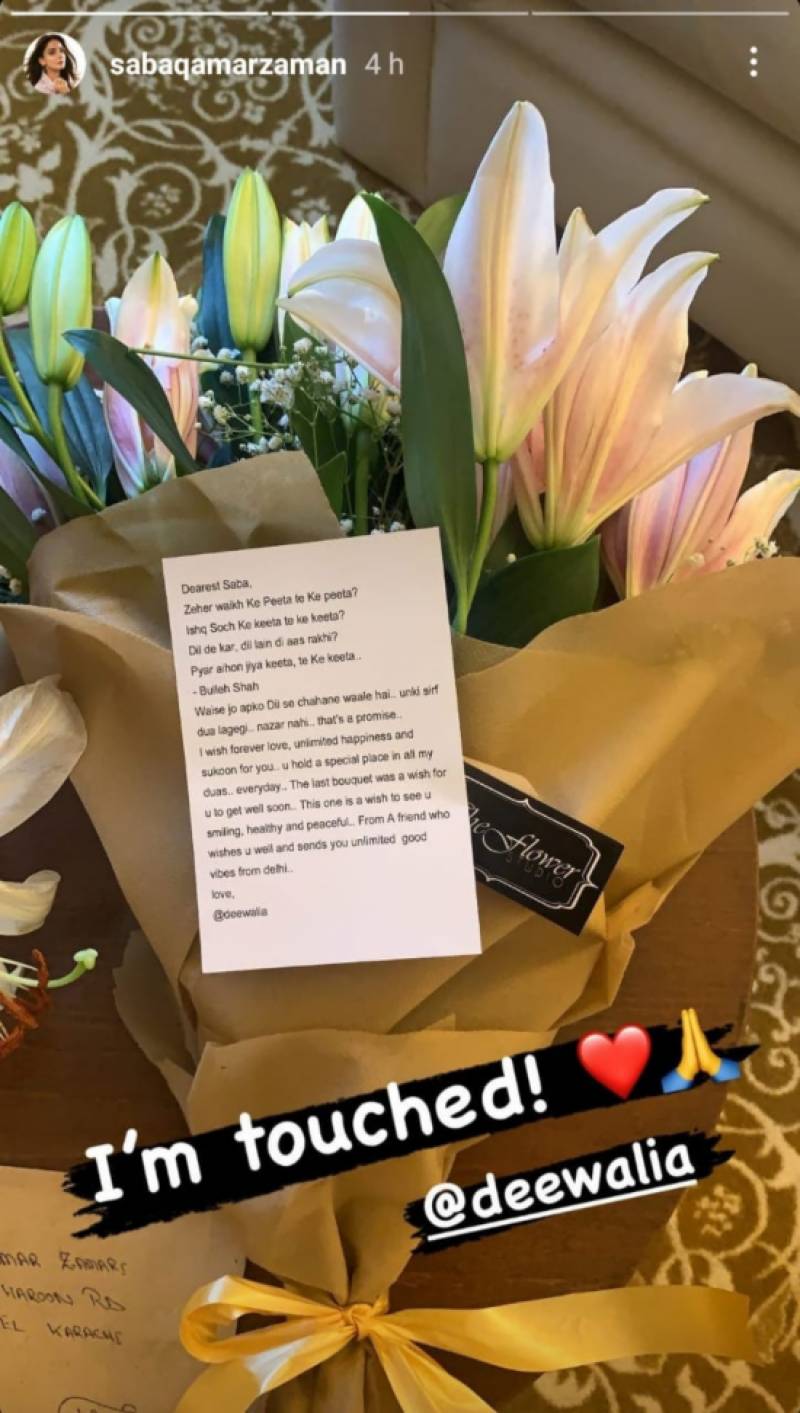 The note was a token of love for the actress as it contained the beautiful verse written by Punjabi philosopher and Sufi poet Bulleh Shah:

The note concluded with lots of love and best wishes for Qamar saying “The last bouquet was a wish for you to get well soon”. 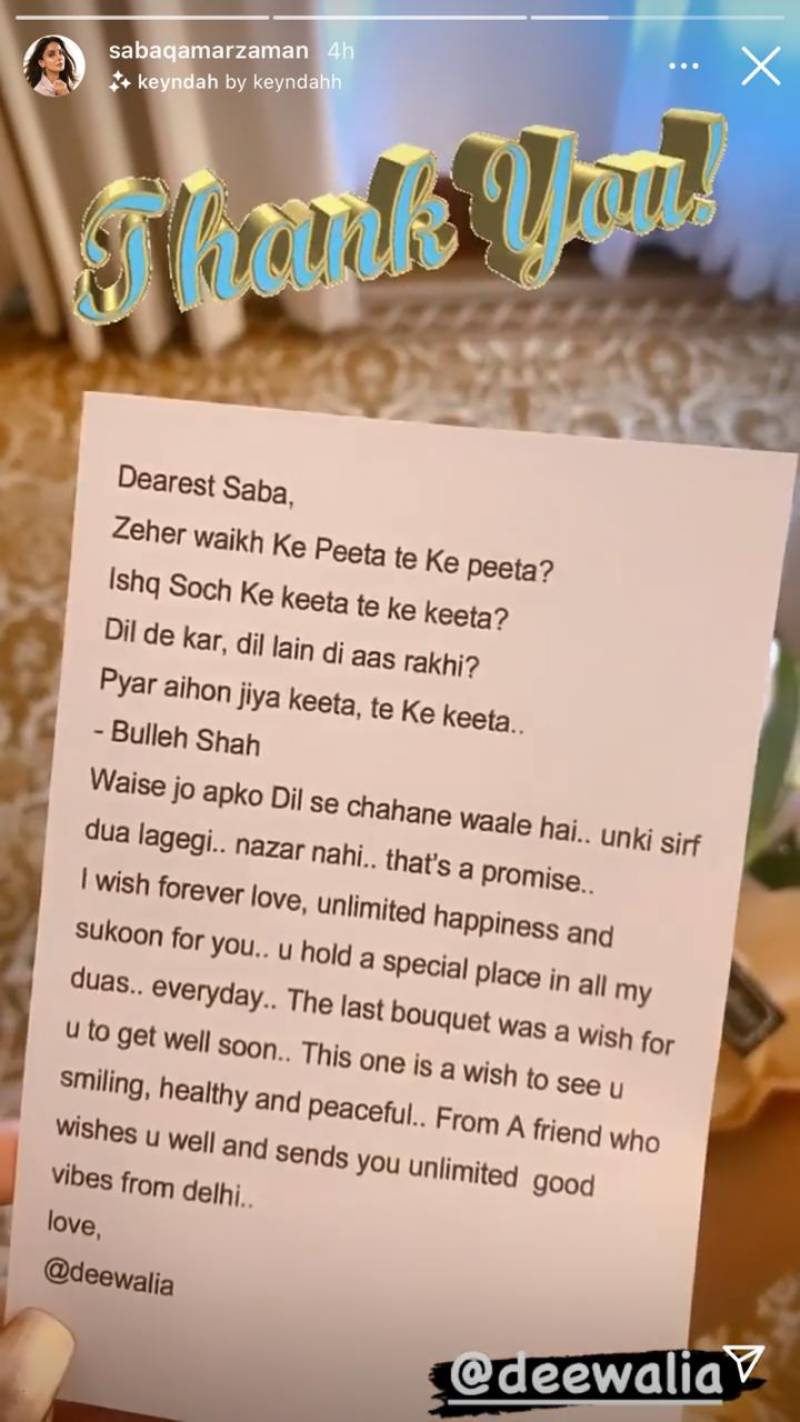 A video went viral on social media in which the Cheekh star can be seen resting with an IV drip attached. Comments of concern and well wishes poured for the actress, wishing her a speedy recovery.

Pakistani star actress Saba Qamar is known for her stunning looks in...