Taking to the micro-blogging site Twitter, Sharmeen replied to a post that speculated that Esra has become the new face of the team for the upcoming Pakistan Super League (PSL) edition 6.

“I find this hilarious! A Turkish actress whose country doesn’t even play the sport will now be a mascot for cricket.”

“What happened to Pakistani actresses by the way?” she continued. “Did they all disappear that we have to get foreign ones? Whatever is left of our industry will die if you keep paying Turkish actors for jobs Pakistani actors can do!”

After reading her comment, one of the netizens replied that appointing foreign actors will turn out to be fruitful for the industry, to which Chicony said,

“You don’t know anything about the industry. How can you say it’s good for it?” 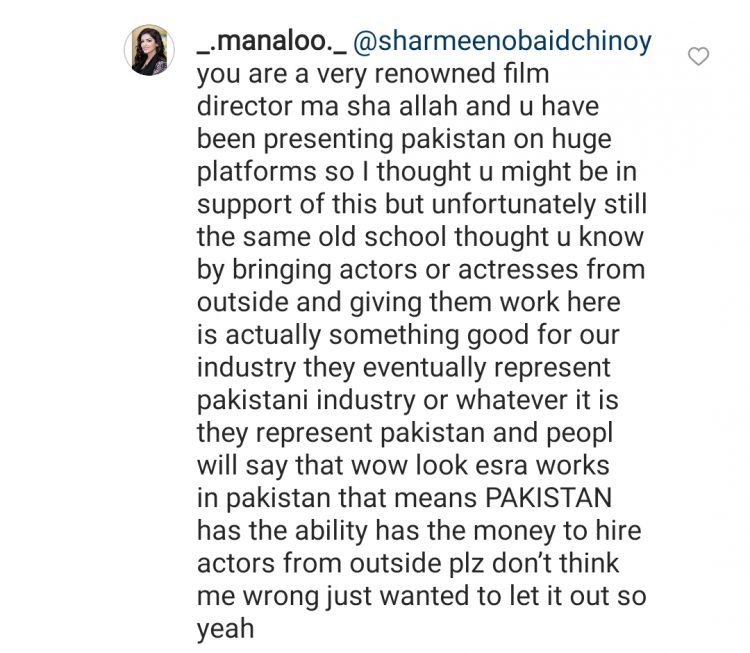 “We have a very small industry, we have to protect it,” she continued. “Once we grow, we can open up. Please do your research before making such tall claims.”

“This is not about close-mindedness or about being jealous, this is being practical given the resources we have,” she added. 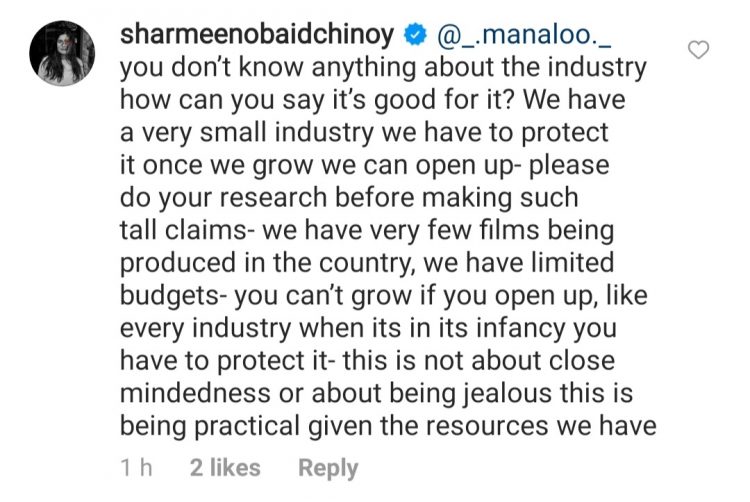 Responding to another user who advised her not to be jealous, Chinoy said,

“Last I checked I was a filmmaker, not an actress but since most of you don’t care about the Pakistani film industry, let me lay it out for you.”

“If you stop sponsoring your own actors and actresses whatever is left of the industry will die. But trolls like you don’t care that you can take a punt at me! Good luck with that,” she added. 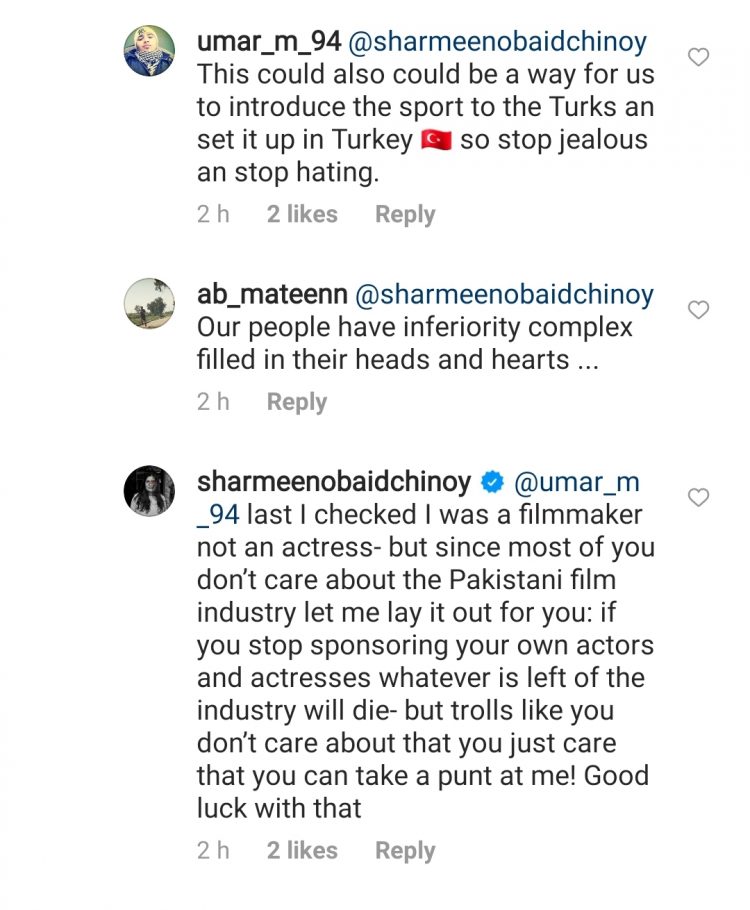 Ayeza Khan claps Back on a Troll over her Vaccination certificate