Hania Aamir has landed in hot water after her video of dancing in public with one of her fans went viral on social media.

Hania is known for her bubbly and charming personality. The dimpled actress often loves to interact with her fans and followers. Recently, the Ishqiya actress went to have ice cream on a chilly cold night where she met a bunch of her fans.

Hania could be seen dancing to an English song “Lean On” wearing a brown sweater, black jeans, and red lips. Her video instantly went viral on social media.

Although the actress was having fun with her fan, however, netizens didn’t approve of her behavior as she danced in the public.

One of the social media users compared Hania with Miley Cyrus and wrote,

“Y is she becoming and acting like Mylie Cyrus”. 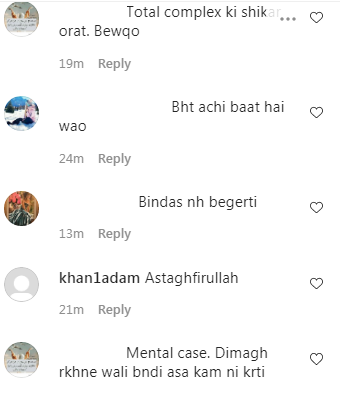 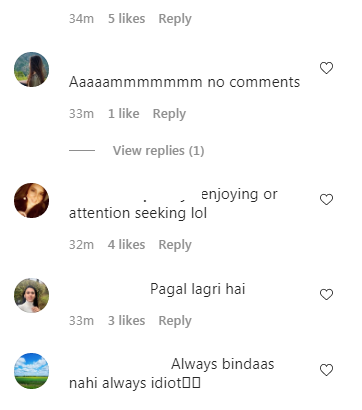 Earlier, Hania Aamir was seen enjoying the colors of the winter season these days and donned classy winter outfits.

A few days ago, she wore a green-colored sweater and shared the photos on Instagram. Her choice of dresses and her expressions made the netizens fall in love with her.

The multi-talented Pakistani celebrity Hania Aamir has stunned everyone with her melodious...