Who advised Superstar Mahira Khan to go to India?

Leading Pakistani actress Mahira Khan had played the role of Bollywood superstar, Shah Rukh Khan’s wife in the movie ‘Raees’ in 2017. The film was well received in both Pakistan and India. The actress herself still talks well of him.

Mahira Khan started her career as a VJ in 2006. Apart from playing the lead role in the Bollywood film ‘Raees’, Mahira also acted in Pakistani films. Her Pakistani films include Bin Roye, Manto, Ho Man Jahan, Varna, Sat Din Mohabbat In and Superstar. In addition to that, Mahira Khan has won many international awards.

In her interviews, Mahira Khan often mentions her work with Shah Rukh Khan, but this time around, fans are very angry at Mahira’s mention of Shah Rukh Khan and she is being criticized on this issue.

Fans believe that Mahira Khan is obsessed with Shah Rukh Khan, which is true according to the actress.

Social media users say that Mahira Khan’s mention of Shah Rukh Khan in every other interview is due to her desire to work in Bollywood films. 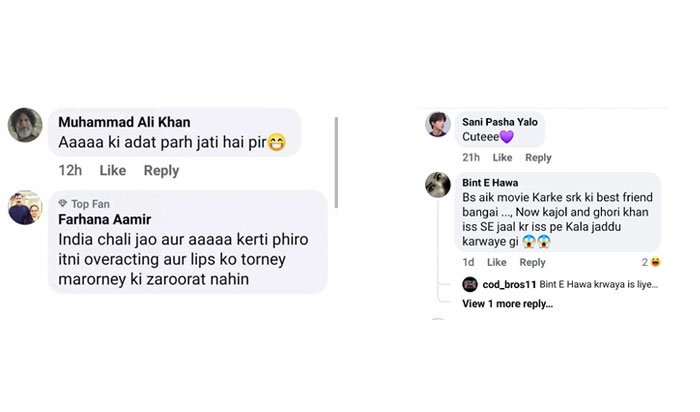 One user criticized the star and advised her to go to India. While another user said that she became Shah Rukh Khan’s best friend by doing just one movie with him.

World-renowned Pakistani actress Mahira Khan has crossed the milestone of 7 million followers on Instagram, after which she became the third most popular actress on Instagram after Ayman Khan and Aiza Khan.

After a huge fan following on the social media platform, Mahira Khan has managed to make her place at the third position in the list of the most followed actresses on Instagram in Pakistan.