Will Ayeza Khan Be Working In Turkish Drama?

Popular showbiz actress Ayeza Khan, who has become the first Pakistani celebrity to reach 8 million followers on Instagram, recently hints her fans with something new and exciting.

Ayeza took to her Instagram story and was seen wearing a face mask featuring both Pakistan and Turkey’s flag. “Pakistan X Turkey #staytuned,” she wrote along with the boomerang. 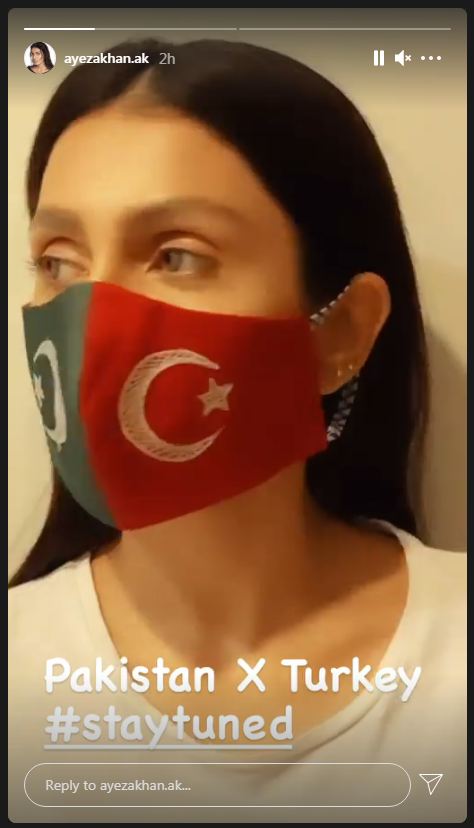 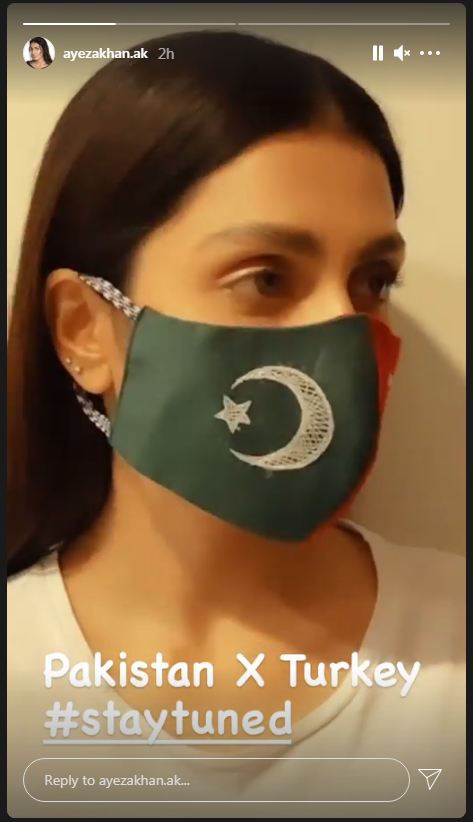 Soon after the actress posted the video, fans are curious to know what she is actually up to. Some are speculating that the gorgeous mommy is going to work in a Turkish drama serial or so.

Earlier, Ayeza Khan had shared jaw dropping snaps of herself and with husband Danish Taimoor.

Her pictures are being loved by her Insta fam with around 7.9 million as well as others.

The diva has appeared in various popular drama serials including Do Qadam Door Thay, Yaariyan, Mohabbat Tumse Nafrat Hai, Tum Kon Piya, and others. However, drama serial ‘Mere pas tum ho’ turned out to be a major hit.

Peshawar Zalmi won by 3 wickets in a thrilling way against Quetta...