A family photo of former Pakistani actress Aisha Khan, who said goodbye to the showbiz industry after her marriage, has become popular on the internet.

The former actress shared a special story for her fans on her social media platform, Instagram.

Aisha Khan shared a photo of herself to her Instagram story in which she is accompanied by her husband Major Uqbah Hadeed Malik and daughter Mahnoor. 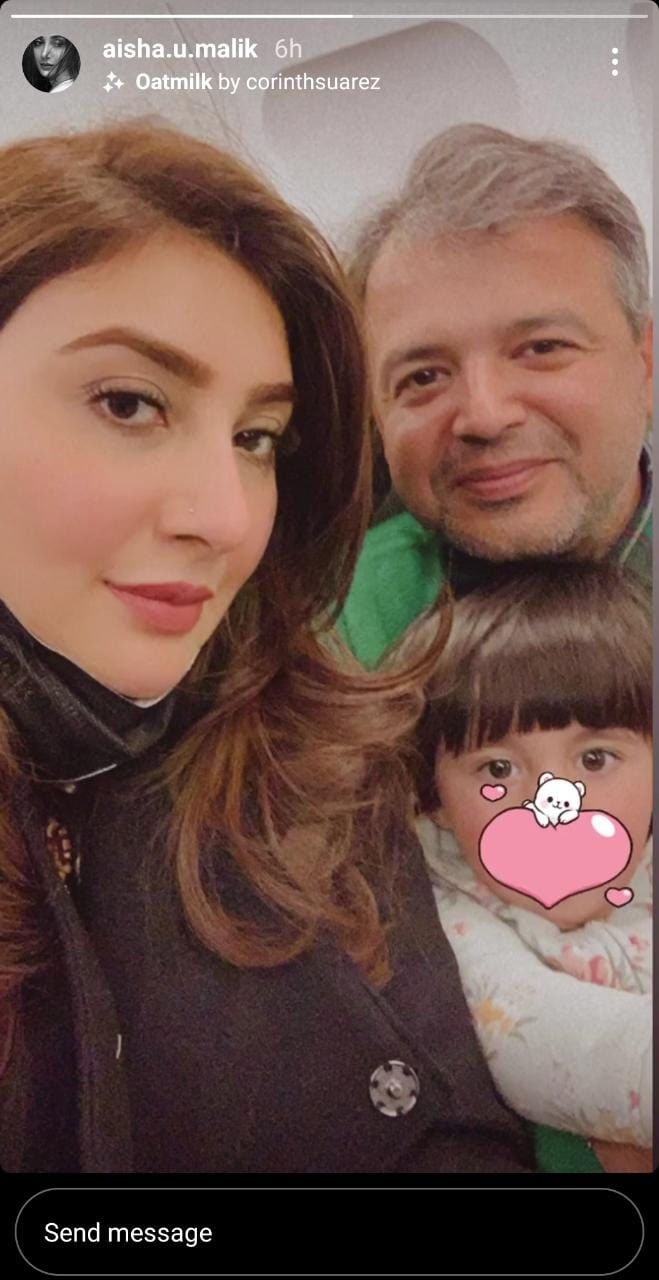 In the photo, Aisha Khan has put a hearty emoji on her daughter’s face.

It can be observed in the picture that the family is very happy.

The same family photo of Aisha Khan is also being shared in large numbers on various social media platforms by netizens.

Social media users are liking the family photos of their favorite ex-actress.

On April 15, 2018, Aisha Khan and Major Aqaba tied the knot in a simple but dignified wedding ceremony which was attended by close friends and relatives.

She gave birth to a daughter on the 12th of Rabi-ul-Awal in the year 2019, whom she named ‘Mahnoor’.

Ayesha Khan stepped into Pakistan’s media industry 20 years ago in 2000 and showed the essence of true acting in many successful dramas which include Mehndi, Wasil, Khuda Zameen Se Gya Nahi, Parsa, Khuda Mera Bhi Hai, Mann Mayal, and others.

The actress had decided to leave the media industry after a successful 18-year media career. She made the announcement on social media.

Her husband, Major Uqbah Hadeed Malik is the first Pakistani military officer to serve as a platoon commander in the RMAS and also won the honorary sword.