Actress Armeena Khan is once again under hot water for sharing a bold photo on her Instagram account.

The actress is known for her perfect roles which she has played in many dramas such as Shab-e-Arzoo Ka Aalam, Mohabbat Ab Nahi Hogi, Ishq Parast, Karb, Bin Roye, Rasm-e-Dunya, Daldal.

Armeena has also acted in Pakistani movies including Bin Roye, Janaan, Yalghaar, and Sherdil. Armeena got married last year and her husband is a British Pakistani Businessman.

The Bin Roye actress wore a high-slit black gown paired with net stockings and shared the photo in a monochrome effect.

After Armeena’s photo took over the internet by storm, the netizens were quick to bash the actress for wearing a revealing dress and having the guts to post it publically.

This is not the first time when Armeen has been criticized for wearing revealing clothes. Earlier, she was being abused by the netizens and got life threats. 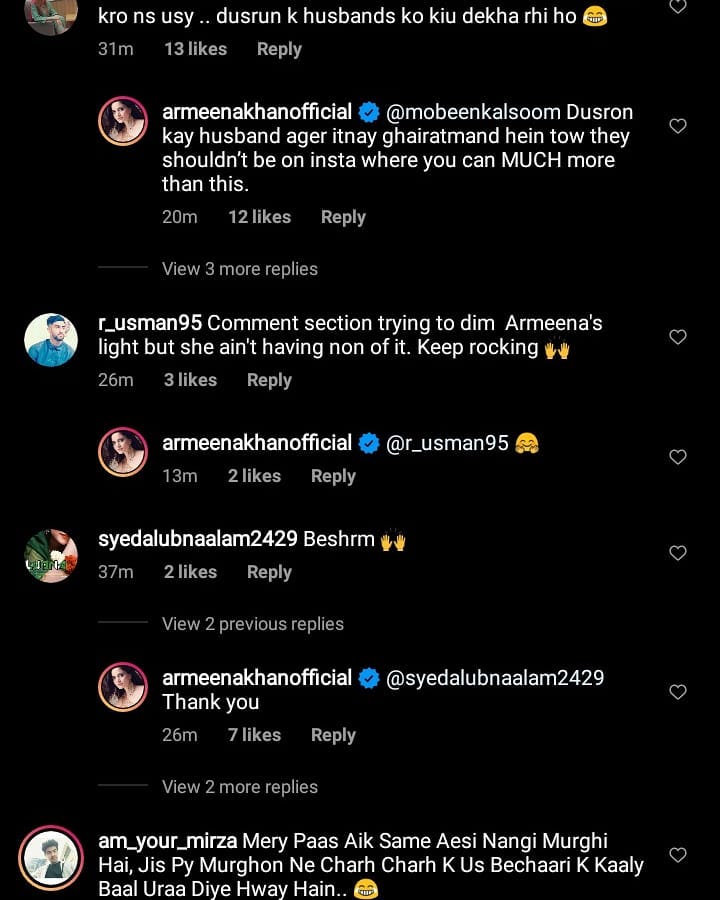 To take action against the mean comments, Armeena mentioned in her Insta story that she will be reporting the accounts from which she got abused and threatened to Cyberwing and Instagram for bullying and harassment. 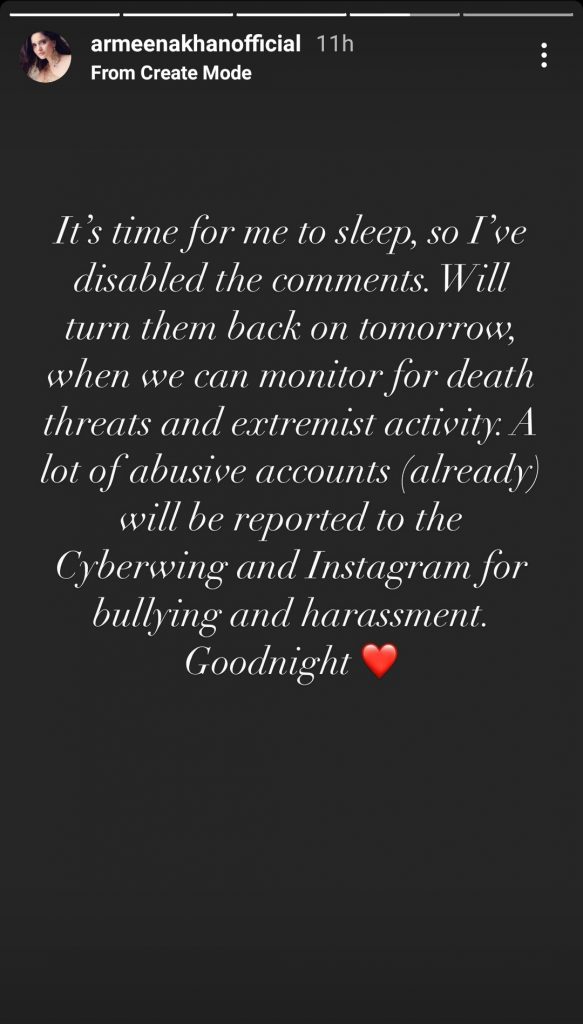 Dananeer Mobeen is a well-known Pakistani model and influencer who came to...

Umar Akmal need prayers from his fans for his strong comeback

Pakistani cricketer, Umar Akmal asked for prayers from his fans for his...

The rupee has depreciated in the domestic exchange markets and today the...