Celal Al aka Abdur Rehman alp thanks his 800,000 followers on Instagram

Turkish actor Celal Al seems to have gained a lot of fans in Pakistan as he has received 800,000 followers on his Instagram handle.

The star has won the hearts of many through his role as Abdur Rehman in the superhit drama series ‘DIrilis: Ertugrul’. He recently visited Pakistan and was given an overwhelming welcome by Pakistani celebrities.

Celal Al took to Instagram and shared a photo of himself. In the caption, he thanked his 800,000 fans. “I am really thankful for each and every one of my 800,000 followers. Let’s make it 1M with your precious supports. With greetings and prayers.”

He wrote the caption in Turkish, English, Arabic, and roman Urdu languages.

Earlier, he landed in Islamabad a few days ago where he met Pakistani stars including Adnan Siddiqui and Humayun Saeed. He also had a meeting with Prime Minister Imran Khan. Celal Al is now in Karachi.

In Islamabad, he visited Pakistan Monument in Shakkarparian Islamabad and shared a photo he had with the painting of Mr. Jinnah in the background.

He wrote the caption, “One of the hero that I inspired, Faithful, True Muslim, Great Leader and Turkish Friend.” “May He rest in peace”. 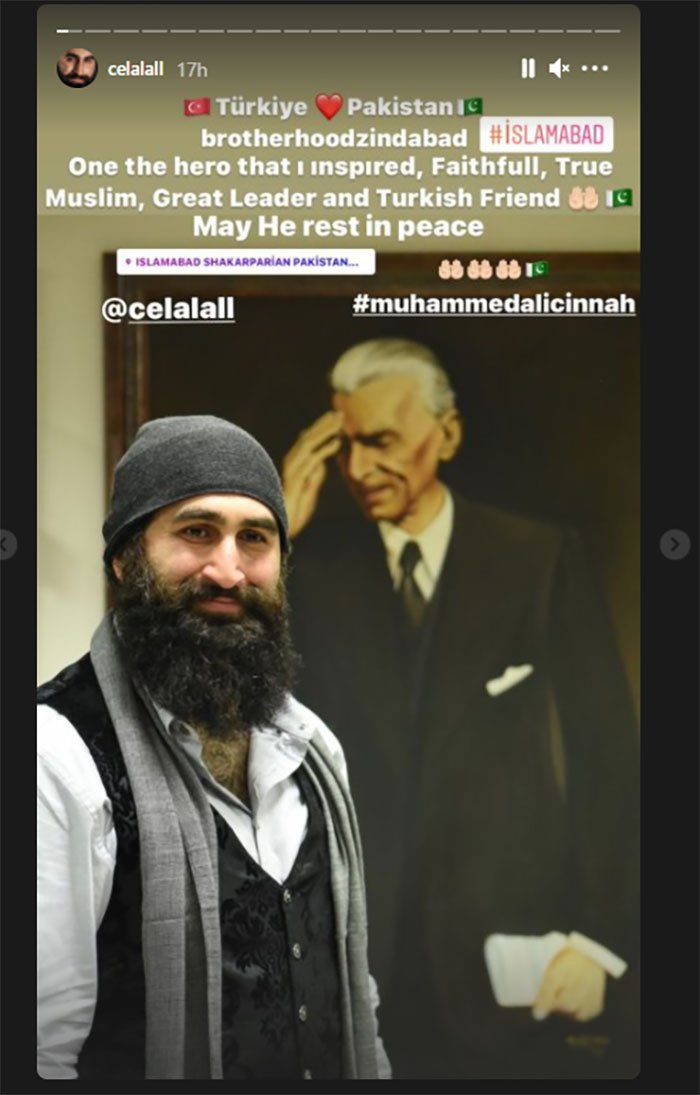 Who did Imran Ashraf declare ‘Queen’?

Imran Ashraf, a well-known actor in the Pakistani drama industry, has declared...

Aisha Khan feels singled out in the latest photo she shared

American actor and producer Mark Ruffalo has made it to the list...

Chinese film director Chloe Zhao made history a she became the first...