Urwa Hocane and Farhan Saeed were one of the most loved couples in the Pakistan’s entertainment industry. However, the celebrity couple reportedly has parted ways.

Recently, both, Urwa and Farhan, attended the mehndi event of Qasim Ali Mureed and Sadia Jabbar but separately.

Their video is making rounds on social media as both the celebrities can be seen in the same frame but not together.

Urwa can be seen sitting with the bride, on the other hand, Farhan was spotted with the groom posing for a picture.

The camera caught Urwa looking at Farhan Saeed with a little hope in her eyes.

After the video went viral, their fans broke into tears and couldn’t stop their love for them as a couple. One of the social media users wrote,

“Breaks my heart every time I see each of them alone at any event. And now this video confirms their separation.” 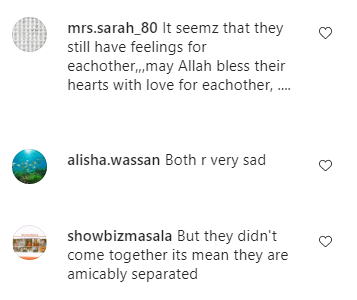 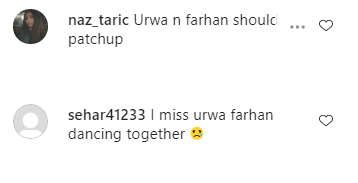 Earlier it was reported that Urwa Hocane and singer Farhan Saeed had parted their ways after three years of their marriage.

According to sources, Urwa and Farhan had conflicting differences between them, which became a reason for the decision.

However, the actress’s father had dismissed rumors of the couple’s separation and termed it fake and baseless.