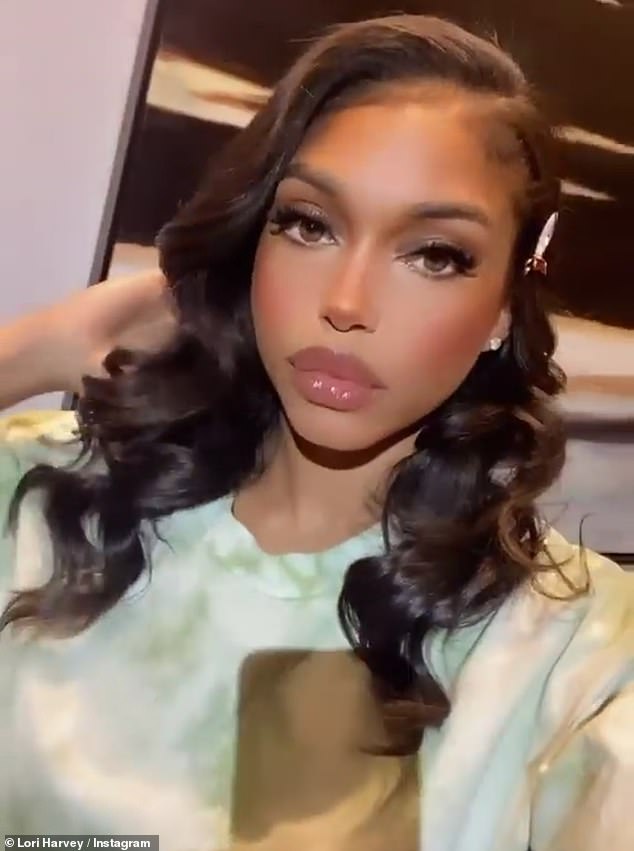 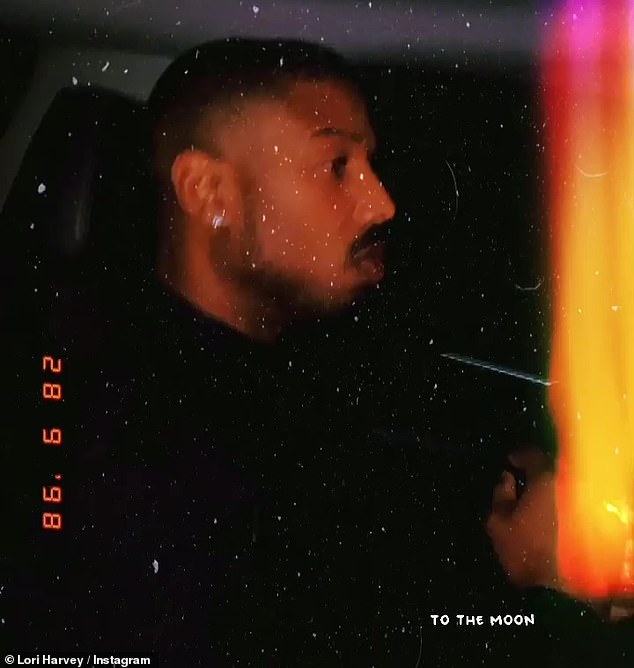 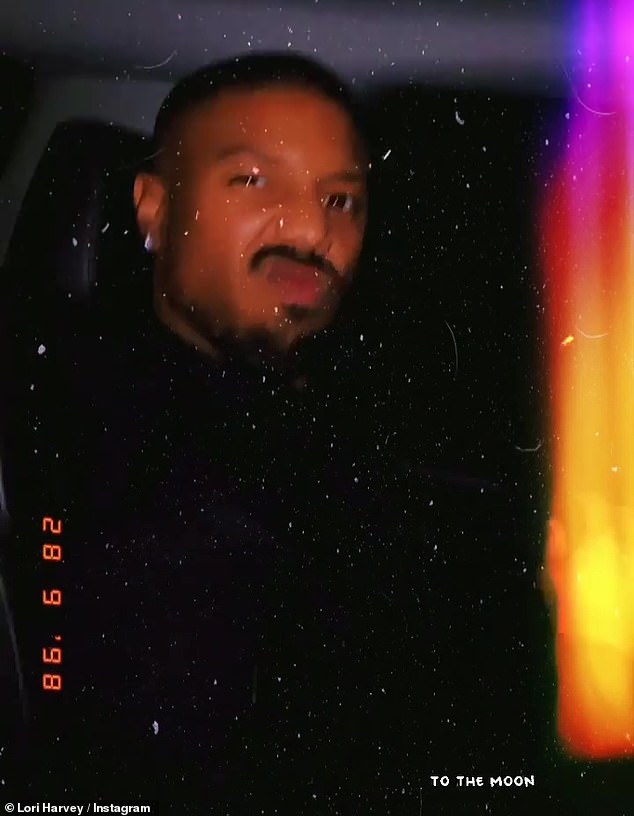 The model, 24, posted pictures and videos to her Instagram story in which her and Michael, 34, can be seen relishing dinner inside a private aquarium which the American actor had rented out.

‘My baby rented one the aquarium so we could do a private tour and see the turtles and then we walked into this,’ Lori posted. 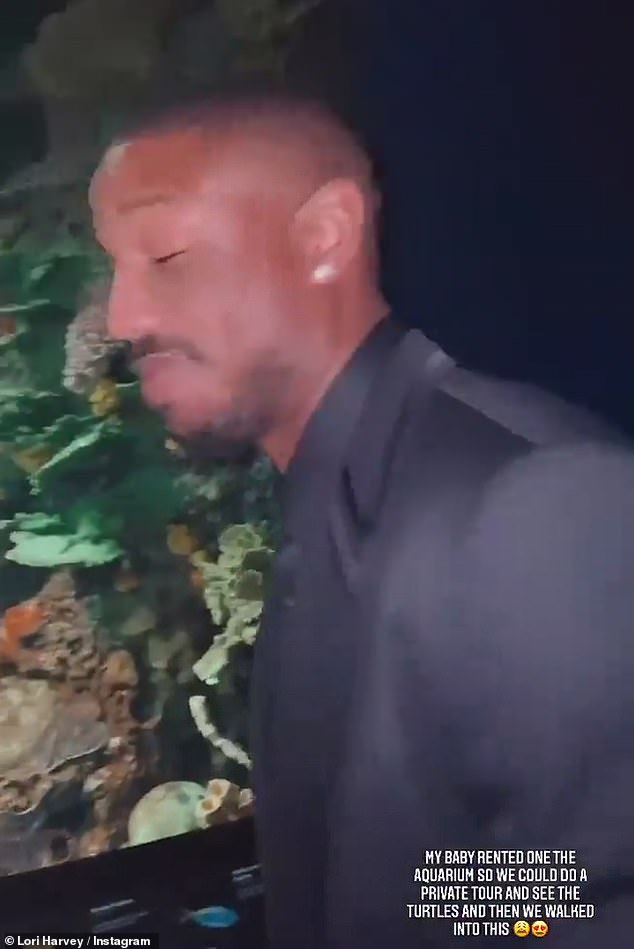 She posted clips of the aquarium which was decorated with red, white and pink petals laid out on the floor along with lit candles paving way to a dining table on the far end of the underwater tunnel. 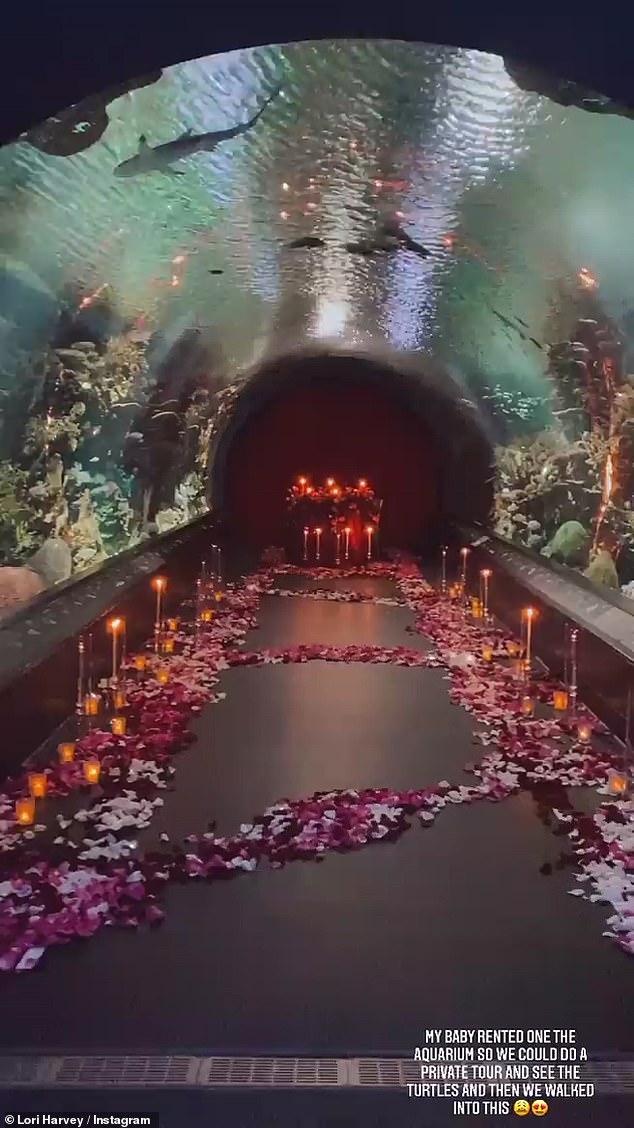 A ‘Happy Valentine’s Day’ card was tucked into a black napkin on the red-draped table.

The card had a menu for dinner and Lori wrote as a caption, ‘And he had Nobu cook dinner for us’. 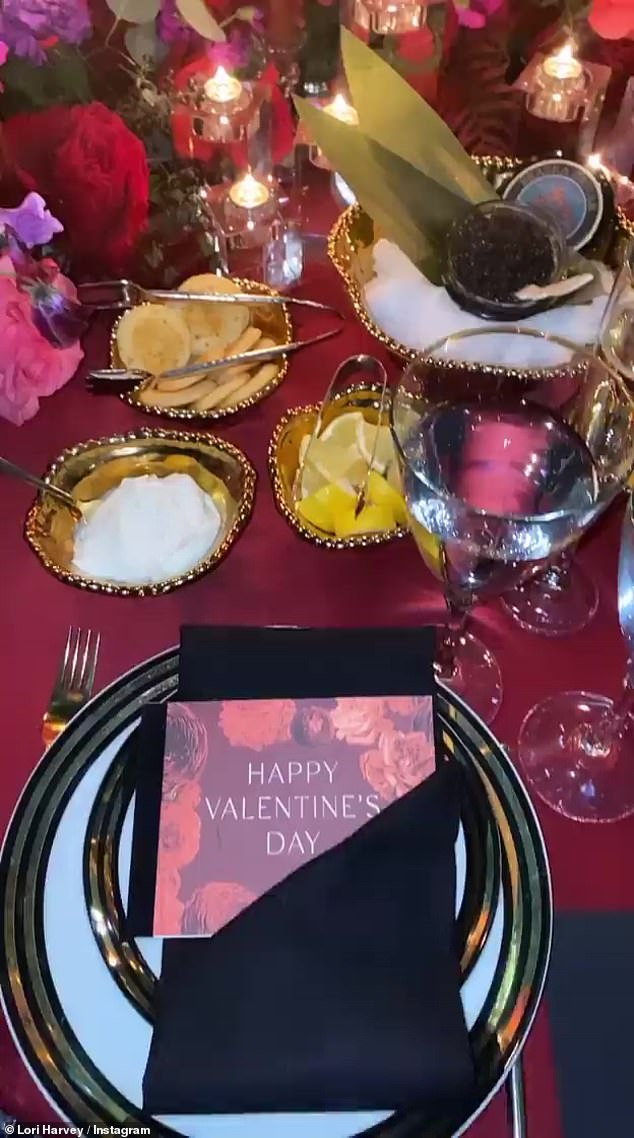 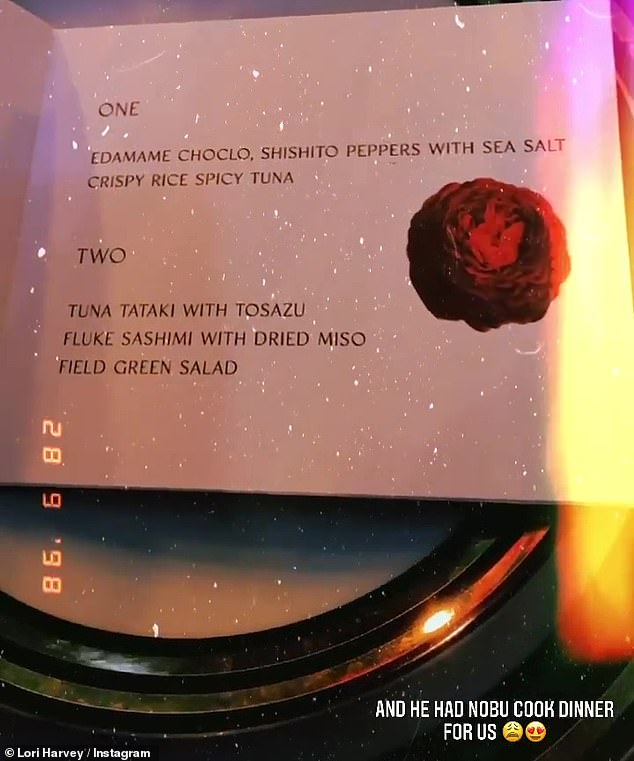 After dinner Lori posted videos of the scenery from the high-rise hotel room which was filled with bouquets of roses and sparkling candles.

‘And then this,’ she wrote in the caption.

The video clip showed a bed covered with red rose petals and a candlelit bubble bath with petals on the floor. 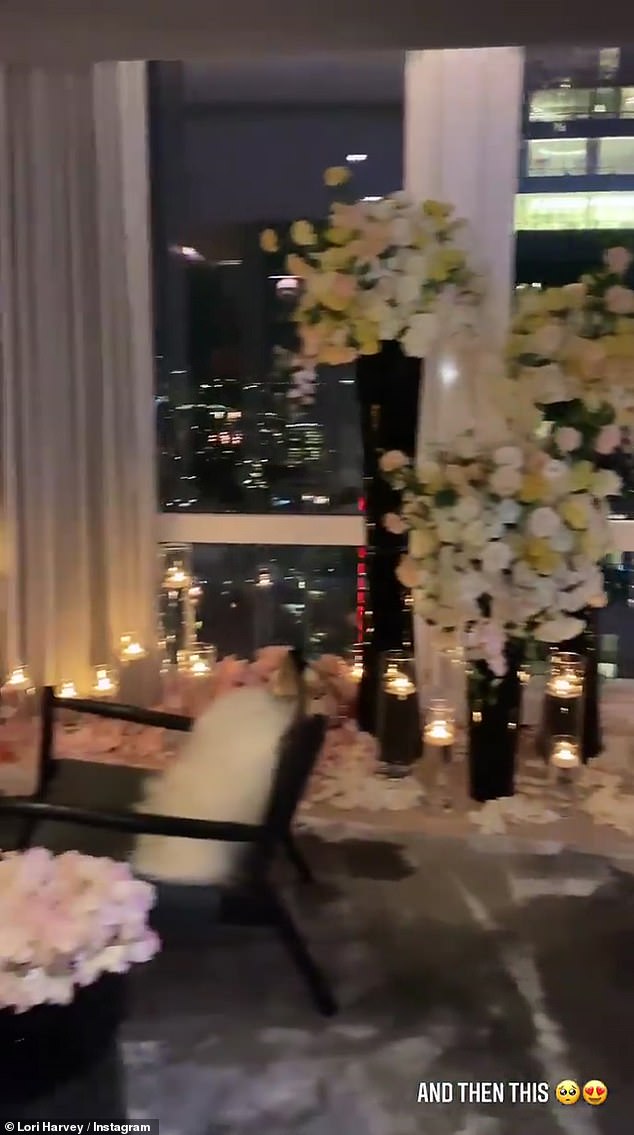 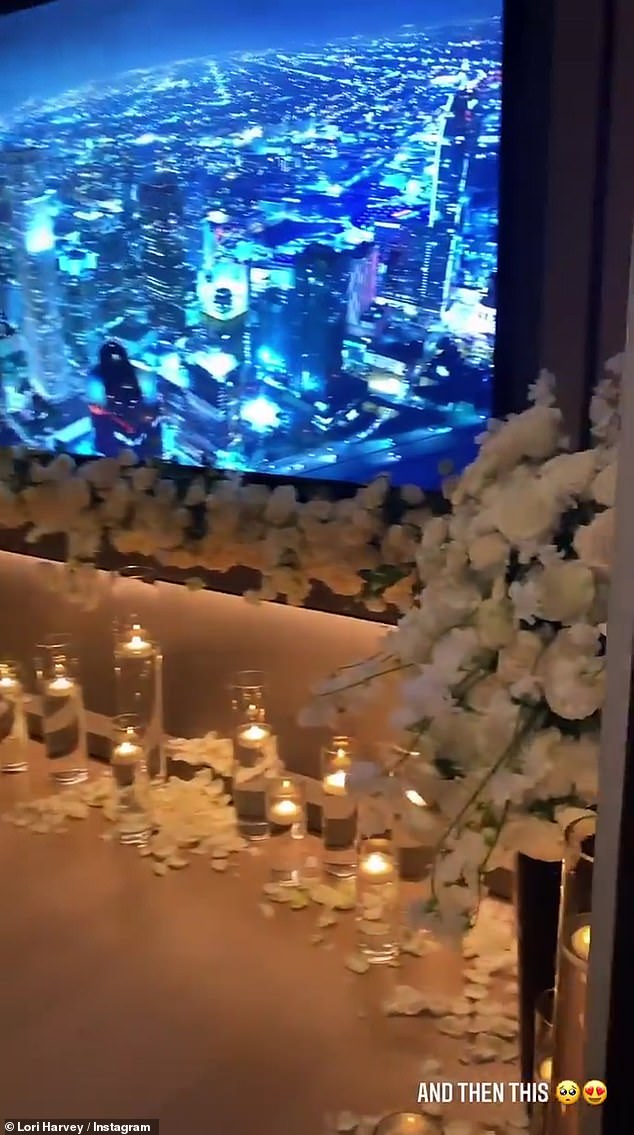 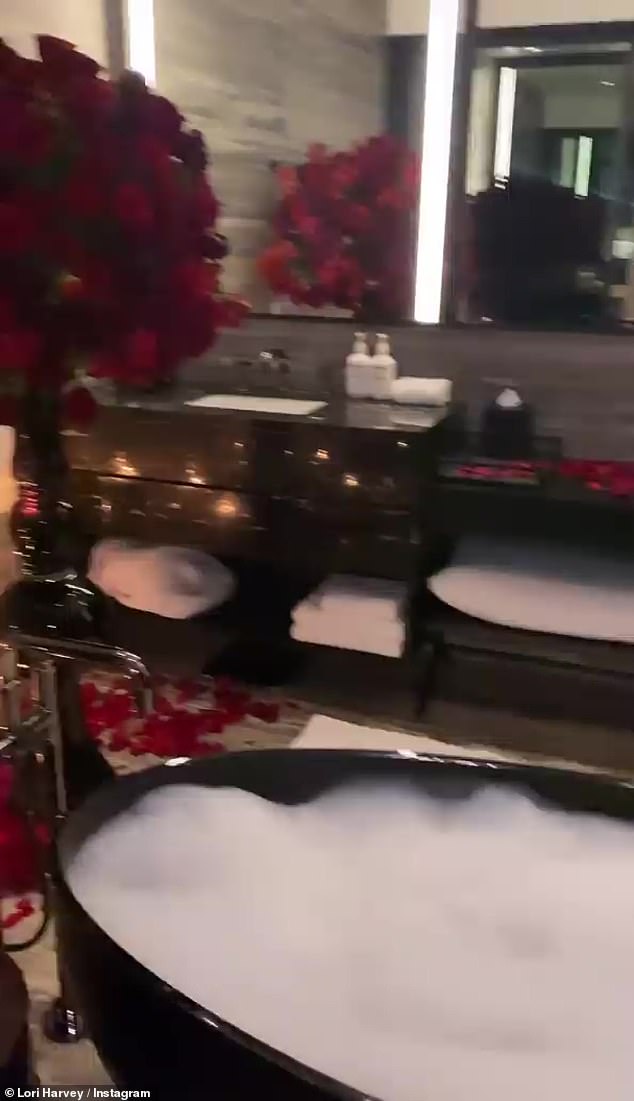 Lori also showed a plush turtle that Michael gifted her along with the private tour of turtles at the aquarium. 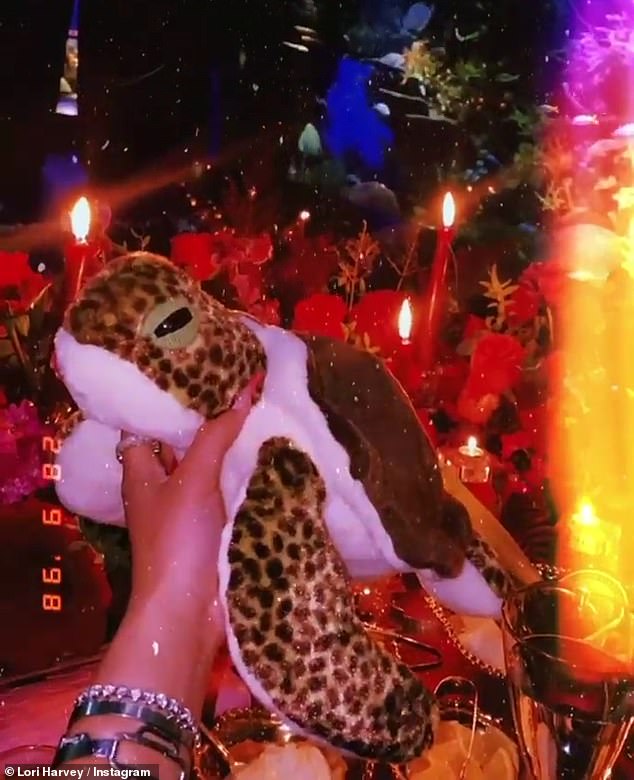 Michael’s nickname for Lori is ‘turtle’, while she calls him ‘nugget’.

She also shared another present with her roughly 3.3 million followers, which was given by Michael. She showed a certificate from Hermes International and wrote in the caption, “The best gift ever…Baby bought me stock in Hermes.” 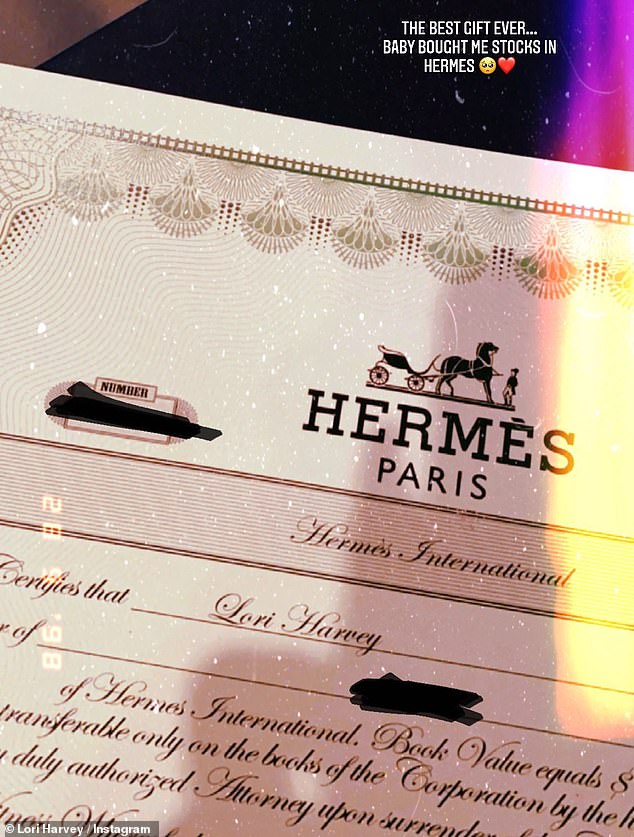 Lori and Michael confirmed their romantic relationship in January.

The American actor and producer has been working on his upcoming film ‘Journal For Jordan’ which is directed by Denzel Washington. Both of them also are co-producers for the film.

The actor is popular for his critically-acclaimed performances in Fruitvale Station, Creed, Black Panther and Just Mercy.

Michael B Jordan, the famed Black Panther starlet, was named the 'Sexiest...