The name of Iqra Aziz, a popular actress of the Pakistani drama industry, is trending at the top on the trending panel of the micro-blogging and and social networking site, Twitter.

The first episode of season 3 of the drama serial ‘Khuda Aur Muhabbat’ was aired yesterday.

The first episode of Khuda Aur Muhabbat has achieved record-breaking success after its release as it has been viewed more than 3.1 million times within a few hours. 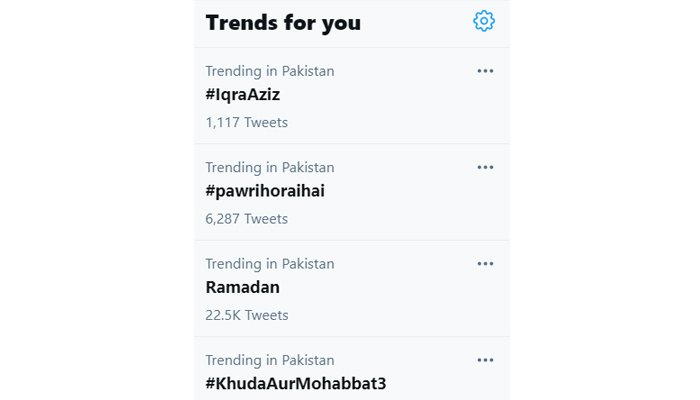 After the release of the first episode of the play, the name of the actress, Iqra Aziz started trending on Twitter. Her performance in the drama serial is being praised by the audiences.

“Feroze Khan and Iqra Aziz are one of my favorite actors,” said another.

The story of season 3 of ‘Khuda Aur Muhabbat’ has been written by Hashim Nadeem and it is directed by Syed Wajahat Hussain.

Anyone who watches Pakistani dramas is fully acquainted with Iqra Aziz, therefore,...