One of the most adored couples of Pakistan’s showbiz industry, Sajal Ali and Ahad Raza Mir had celebrated their one year of a happy wedding a few days back.

Ahad Raza Mir took to his Instagram to express thankfulness for all the love and best wishes to them.

He wrote, “I know its a little late, but thank you to everyone, especially our fans who made our first anniversary so special. We really felt like you celebrated with us.”

“To those of you who took our anniversary as an opportunity to do some good for our environment, it was the best gift ever. Thank you. Lots of love to all of you.”

Earlier, Sajal Ahad Mir had surprised fans with an amusing thing that is the couple is celebrating their one year anniversary in Paris.The picture showed a glimpse of the iconic Eiffel Tower from the room and nothing could be more dreamy than this. 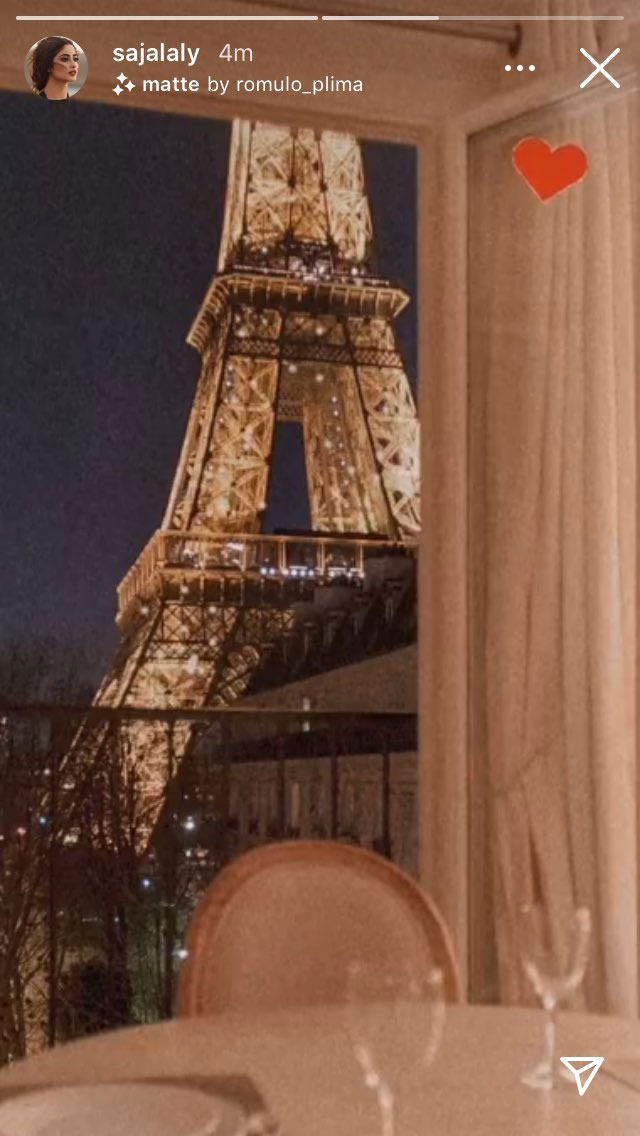 Previously,  Ahad had shared an adorable picture with his wife Sajal Ali, leaving their fans swooning over their chemistry.

He took to Instagram and posted the photo with a caption that read: “Still feels unreal” with a heart emoticon.

The pair had tied the knot in Abu Dhabi at a ceremony that was attended by close relatives and friends of the couple.

The actor’s nikkah pictures had begun to circulate online, with a fresh and happy smile on his face.

He looked dapper donning an off-white sherwani with similar coloured ‘kula’, which gave him a lavish groom-look.

Many rumors regarding Sajal Aly and Ahad Raza Mir's troubled marriage were...