Hania Aamir has given a befitting reply to all the trollers who criticized her for using beauty filters while sharing her views about color shaming and the hyped beauty standards. 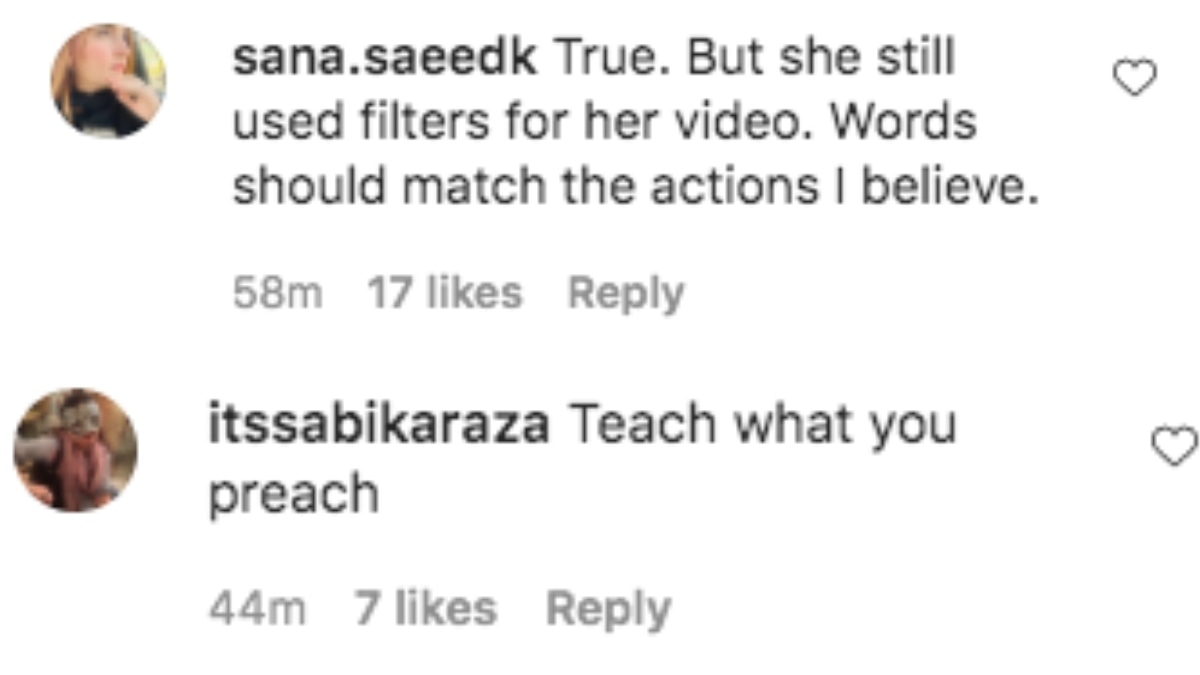 She uploaded videos on her Instagram story and highlighted the unrealistic beauty standards. “When will we stop being insecure about the way we look?,” asked Hania.

Hania, who is currently in the United States of America, found out that people are bashing her instead of understanding the point she was trying to raise in the video.

She uploaded series of videos on her Instagram story and said,

“I used the beauty filters not because I was pressurized by the beauty standards, if I had used it because of that, then I am wrong”.

Hania asked when will people understand that skin-color shaming is taking over the world gradually, and women are getting really affected by it.

The actress in the video said,

“I have come bare face several times, flaunted my pimples,  my skin, and my flaws to the world. I am not ashamed of it. This is who I am”.

“Accept the way you are and be what you are,” said Hania.

The actress concluded by saying,

Earlier, actress Sanam Saeed had reacted to the ongoing debate on beauty standards which indirectly pointed finger on Aamir.

Saeed took to her Instagram story and seems like she is simply trolling Hania Aamir for her surgeries.

‘We need to own our skin stones’, Hania Aamir speaks about colorism

The dimple queen and showbiz actress Hania Aamir has recently jumped in...