After Jannat Mirza, Pakistan’s second top TikTok star Kanwal Aftab’s popularity increased with a rise in the number of followers.

Kanwal Aftab from Lahore has 12 million followers on the video-sharing app TikTok. 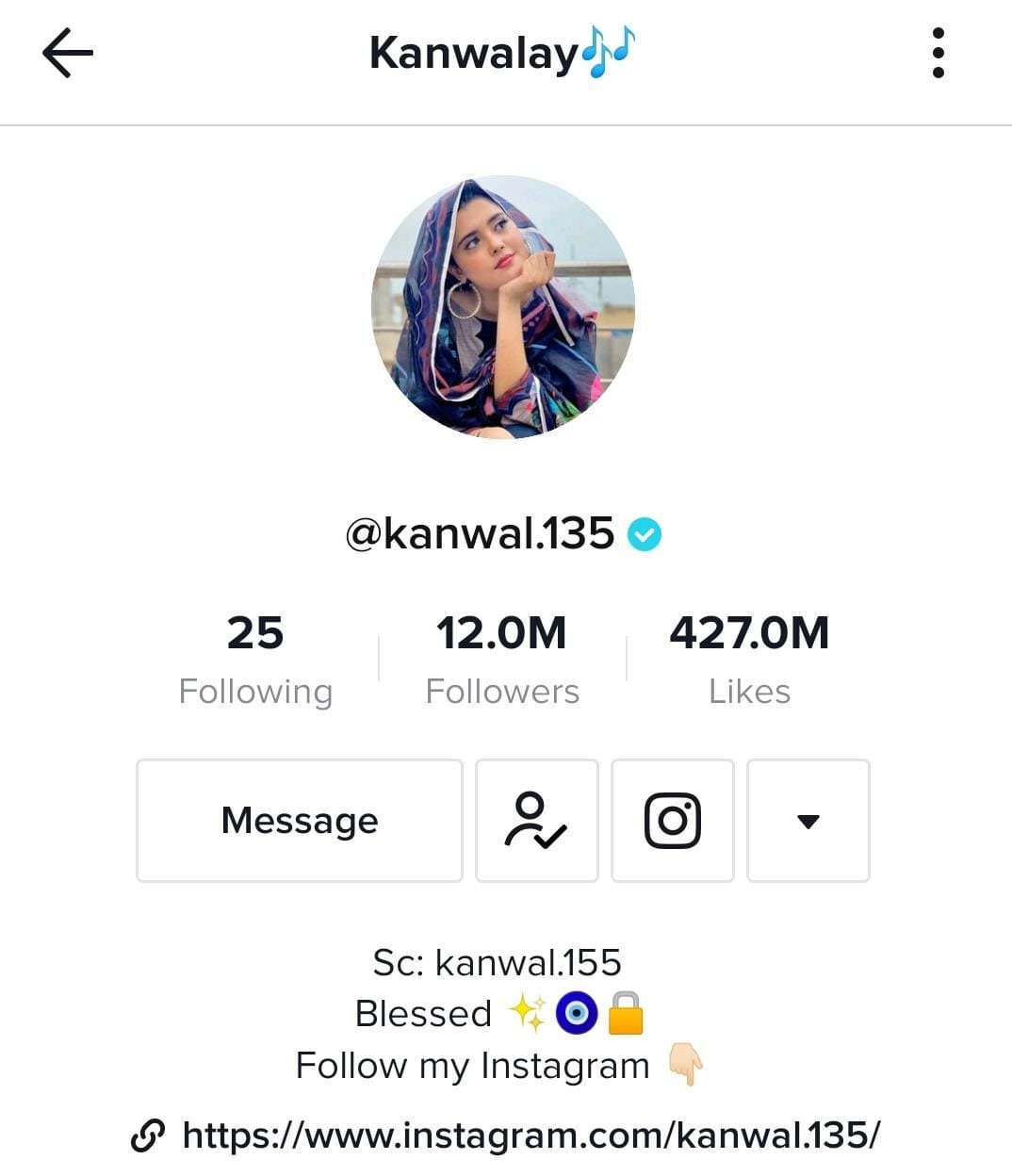 Kanwal Aftab shared a special video for her followers on her TikTok account on the occasion of the success. 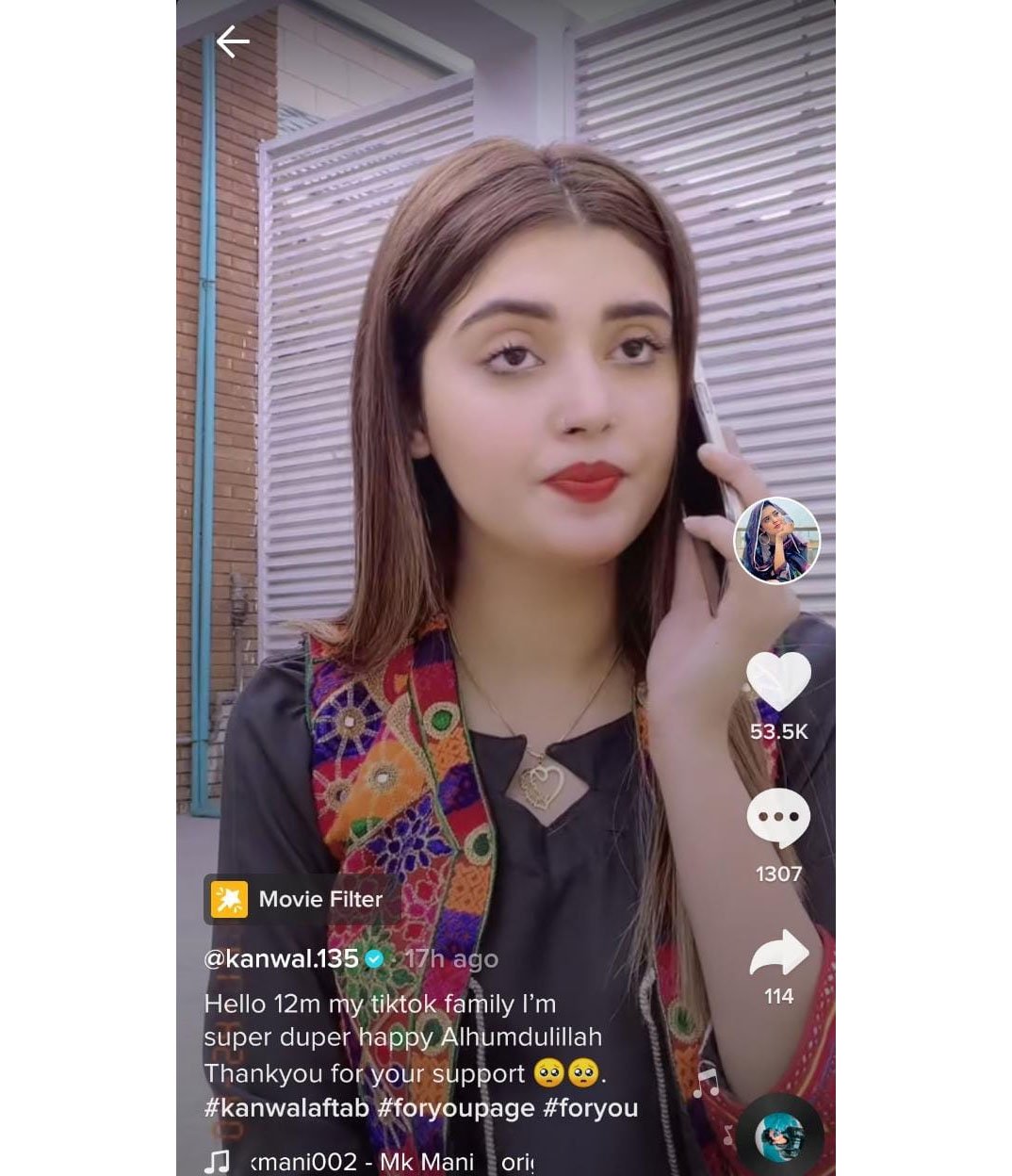 She thanked all the 12 million followers who are supporting her in the caption of the video.

If you take a look at Kanwal Aftab’s TikTok account, she has so far uploaded several videos that have received millions of likes, while her fans also post positive messages for her in the comments section.

In other news, Kanwal Aftab’s fans not only follow her on TikTok but also on her Instagram account. She has been followed by 1.2 million users thus far.

She is not only a social media sensation as she has been hosting a private web show for the last few years.

Pakistan’s number one TikTok star Jannat Mirza is followed by 2 million users on her social media platform Instagram and 13 million on TikTok.

The video-sharing application TikTok has apparently become a platform full of violence...