The BOL Entertainment’s program The Insta Show’s host Mathira is fed up with all the trolls body shaming her.

Mathira is considered the boldest Pakistani celebrity ever existed in the entertainment industry. From hosting late-night shows to performing item numbers in movies, Mathira carved her name.

The BOL Entertainment’s host took to her Instagram and gave a shut-up call to all the body shamers. She said,

“I’m chubby and I’m happy like this. Who r you to shame me? Focus on your self please.” 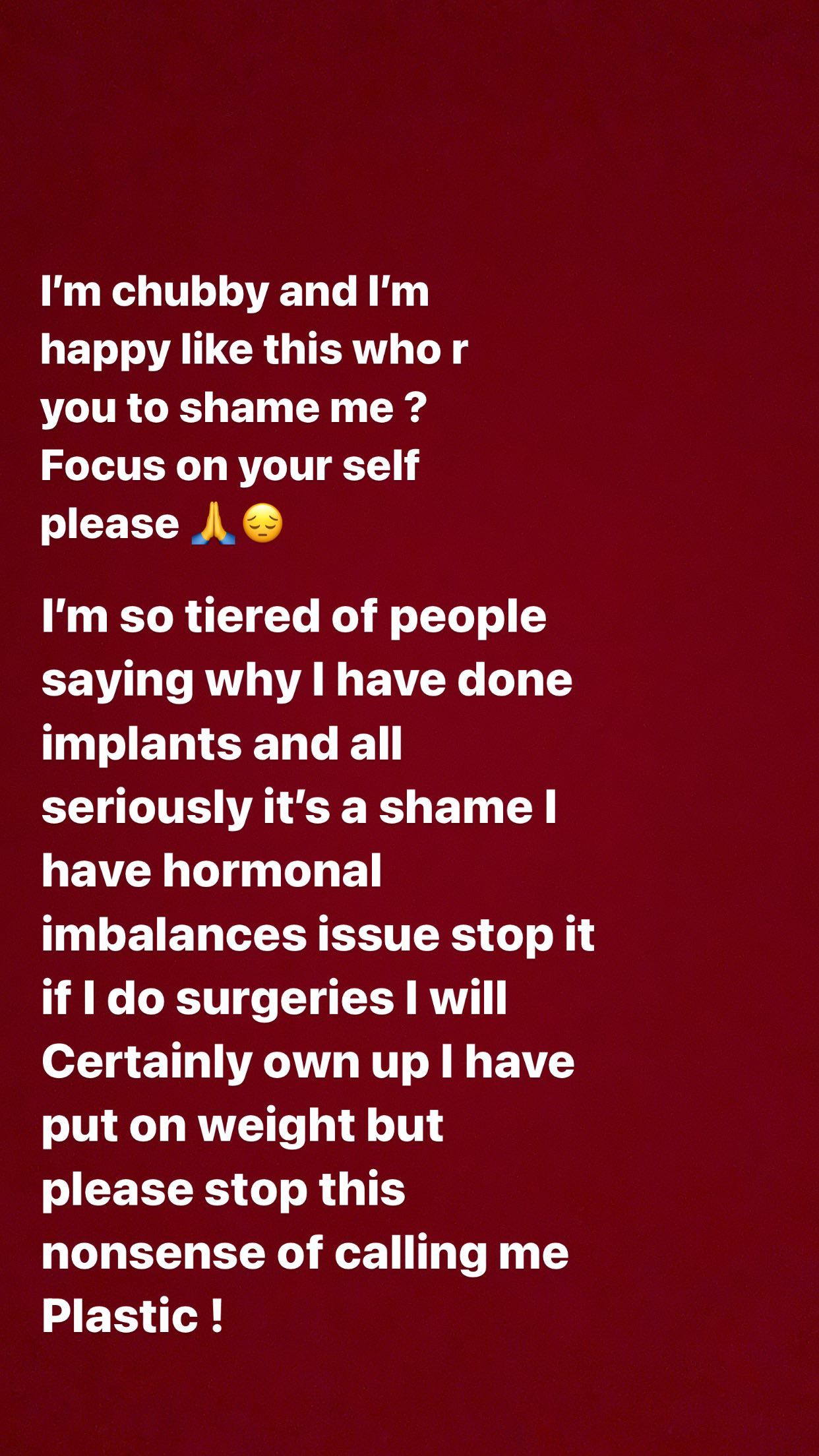 “I’m so tired of people saying why I have done implants and all seriously it’s a shame. I have hormonal imbalances issues. Stop it. If I do surgeries I will certainly own up. I have put on weight but please stop this nonsense of calling me plastic!”

Earlier, Mathira talked about her father in an interview.

“My father was a Zimbabwean politician, but when Rubin Mugabe came to power, my father and mother got divorced,” said Mathira.

According to Mathira, her father belonged to Zimbabwe’s opposition party and moved to London after Ruben Mugabe came to power.

“My father left my mother before he left for London, which forced us to come to Pakistan overnight. It was the most horrific event of our lives that left us devastated,” Mathira said.

On Sunday: Today KWD TO PKR Exchange Rate –  The exchange of...