By the passing time, Maya Ali has groomed herself a lot with her sassy fashion sense and fitness journey.

The Mann Mayal actress has gone from being waifish and skinny to lean muscular. However, her style is still modest and laid back, just more mature.

Maya’s make-up is more on the sculpted side now compared to before. Her hair has always been long and flowing in dark brunette shades or black.

This time, a stunning snap of the actress is winning the hearts of her fans as she donned a jaw-dropping red saree. 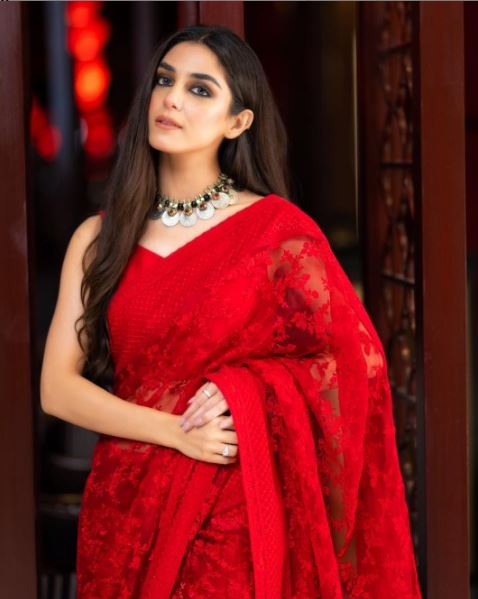 The picture has garnered immense love reacts within no time and fans are simply gushing over Maya’s timeless beauty.