Which American singer stopped her daughter from hearing her songs?

Leading American pop singer and actress Cardi B said that she does not allow her young daughter to listen to her songs.

Pop singer Cardi B says her songs are for adults and not for children, which is why she does not allow her daughter to listen to her own songs. Music is not a mean to empower children.

On Instagram, a man asked Cardi B why she stopped her 2-year-old daughter from listening to her songs, to which she replied saying, “I don’t make music for kids I make music for adults. Parents are responsible on what their children listen too or see…I’m a very sexual person but not around my child just like every other parent should be.”

“My daughter doesn’t need to listen to music to be empowered neither should your children. The only way to empower your kids is by talking to them, boost their confidence and making sure they get a good education. I never ever said that WAP was made to empower women, I’m just a freaky person and this is not the first sex song ever made. Stop expecting celebs to raise your kids.”

Cardi’s comment has been liked by more than 13,800 thus far who all mutually agree that the artists’ music is for adults. 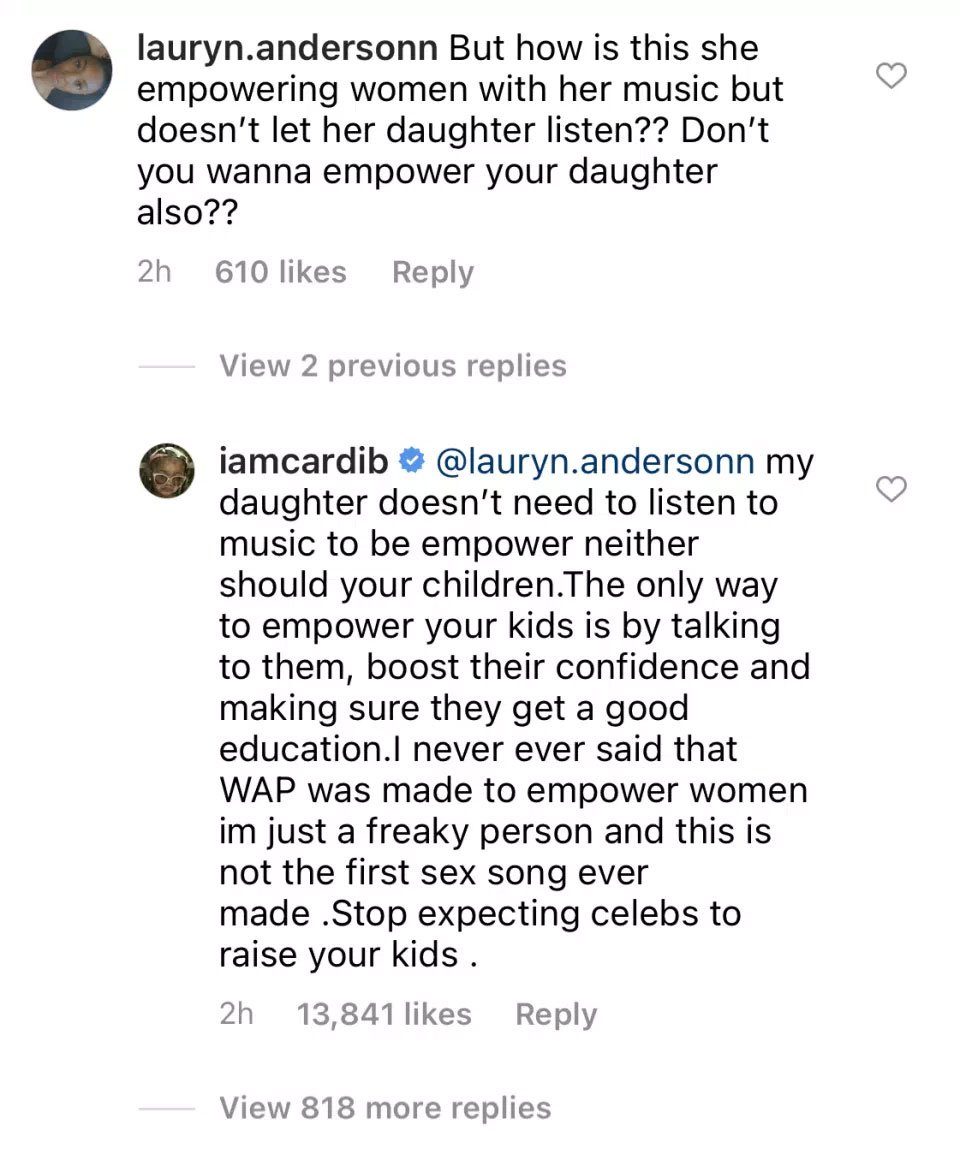