Do You Know How Much Does Mansha Pasha’s Dress Cost?

Mansha Pasha, a well-known actress of the Pakistan showbiz industry, while congratulating Ramadan, shared a photo of herself on Twitter which has now become a topic of discussion on social media.

According to the details, knowing the price of the dress that Mansha Pasha wore just for a photo will shock you. 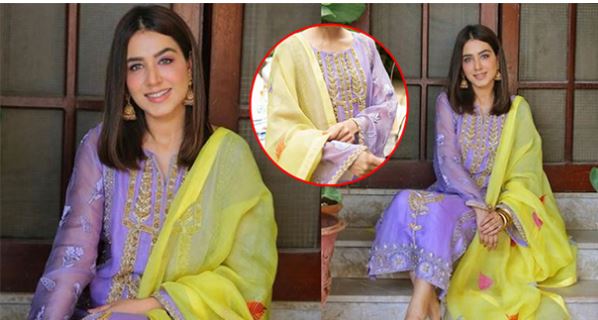 One of the social media users revealed the price and wrote,

Similarly, the fashion industry and big brands now feel that they are selling their name instead of the quality and design of the clothes. The irony is that the rich and affluent pay a heavy price for such modest dresses.

Actress Mansha Pasha has officially tied the knot with her fiancé Jibran...