American supermodel Kendall Jenner had two unfortunate security incidents this week, after which her security was tightened.

One of the richest people in the world, 25-year-old Kendall Jenner, had a strange man knocking on her door last night. Meanwhile, the man was shouting the name of the model rudely.

According to foreign media reports, Kendall Jenner was at home at the time of the incident and her security guards arrested the 27-year-old man and handed him over to the police.

Earlier, a man told the police authorities that he was planning to shoot Kendall Jenner.

In the aftermath of both incidents, Kendall Jenner has significantly increased her security, and has hired armed guards.

Earlier, Kendall Jenner caught the attention of paparazzi as she was spotted with two of her male friends out for dinner in Los Angeles last month.

The supermodel was seen with two mystery men, whose names haven’t been identified yet, enjoying her dinner on a night out.

The reality TV star was spotted having a good time and enjoying her dinner as she covered her face with her hand while laughing at one point. The trio had their meal outdoors and she was spotted sitting next to one of her anonymous friends. 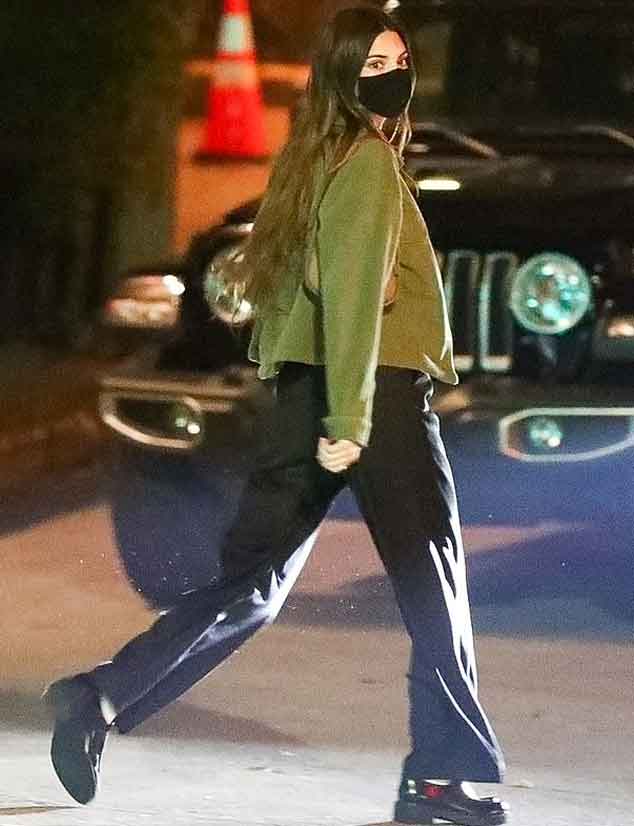 It seems as if Kendall Jenner is focused on just ‘having fun’ for the time being as she is not seeing anyone currently. The model previously dated Blake Griffin and Ben Simmons.

Kendall and her sister Kylie Jenner just recently came back from their...