Acclaimed showbiz actress Saba Qamar, who had recently called off her wedding with Azeem Khan due to major differences, is thankful to her fans as she reached 4.3 million followers on Instagram.

The Digest Writer starlet extended love for all her fans and admirers by sharing an Instagram story. 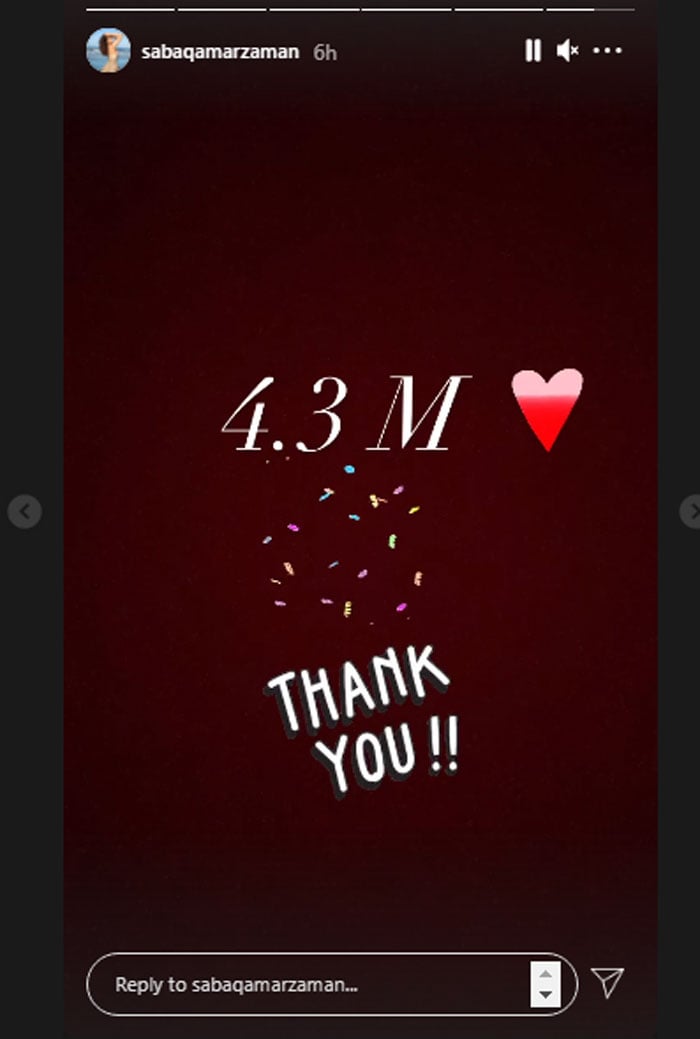 Qamar was spotted donning an off-shoulder navy blue frock wearing a pink lip shade and minimal makeup. However, naysayers were quick to bash her for her choice of clothing.

The Manto actress had celebrated her 37th birthday last night in Lahore with her close friends.

Previously, the Cheekh actress revealed that she was in a relationship with Azeem Khan. But, after a few days, she decided to call it quits with him as she confirmed the news on social media.

Actress Saba Qamar many times made headlines due to her alleged relationships...