Rahim Pardesi shared a photo with his wife and son and announced the good news to his fans about his newborn son.

He wrote in the caption of his post, “Alhumdulilah the baby and the mom are fine and heathy now. It’s been a scary roller coaster ride but we got through it Mashallah.”

The well-known vlogger thanked those who prayed and congratulated him.

Imran Ashraf, Hira Mani and other well-known showbiz personalities commented on the actor’s post sharing prayers for a healthy new life for the newborn. 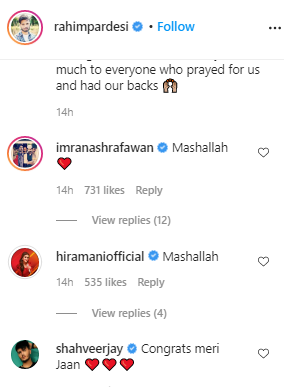 Rahim Pardesi had earlier revealed that he has two wives and is living a happy life with both of them. 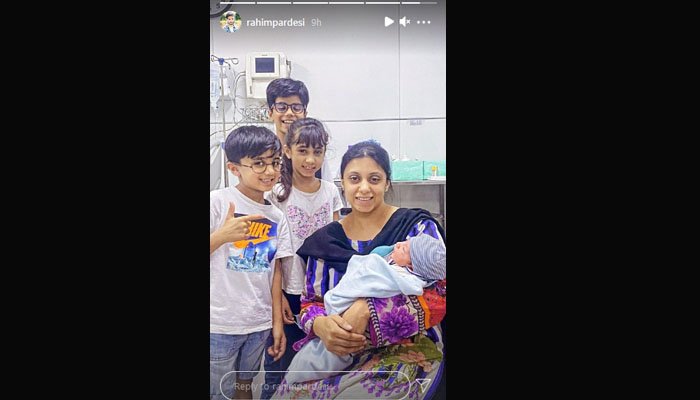 Rahim Pardesi’s first wife Sumera has 3 children while his second wife’s name is Somia Rahim and he is a doctor by profession.

Shahveer Jafry and Ayesha Beig are living their lives to the fullest...

Fruits And Vegies That Protect The Body From Dehydration In Ramadan

The blessed month of Ramadan has begun and the heatwave is continuing...

US Secretary of State Antony Blinken has on Wednesday held a telephonic...