Actress Saheefa Jabbar Just Can’t Wait To Be A Mom

Actress Saheefa Jabbar Just Can’t Wait To Be A Mom

Pakistan’s emerging actress Saheefa Jabbar, who had tied the knot privately in 2017, has expressed her desire to be a mother soon.

Yesterday, a cute conversation between actress Hira Mani and her husband, discussing their son’s haircut went viral on social media after which Saheefa Jabbar wants to have such parenting-related conversations with her Khawaja Saab super soon. 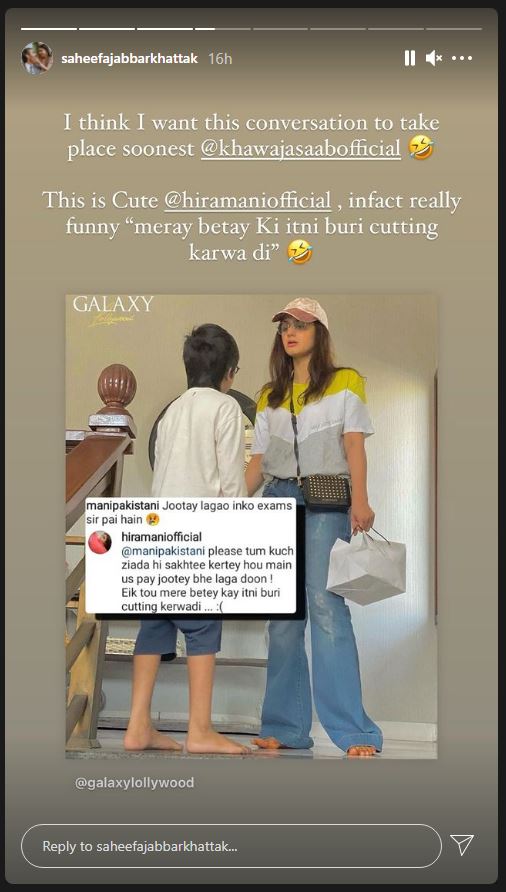 Model-turned actress Saheefa Jabbar has shared some breathtaking pictures in a gorgeous...

Later, the story by Saheefa was re-shared on Hira Mani’s Instagram handle, praying for Jabbar to become a mom soon.

Saheefa had tied the knot in December 2017, however, she kept her wedding event quiet private at that time.

But, later the couple recalled their wedding memories in 2020 and the first time did their photoshoot donning their wedding outfits again.

She is a known star of the industry who started working as a model and received appreciation for her work. Later, she appeared in numerous TV commercials.

She has impressed masses with her acting skills by playing leading roles in drama serials like Teri Meri Kahani and Beti.