Alizeh Shah, a young emerging actress of the Pakistani showbiz industry, responded astutely to social media users who criticized her for her recent songs. 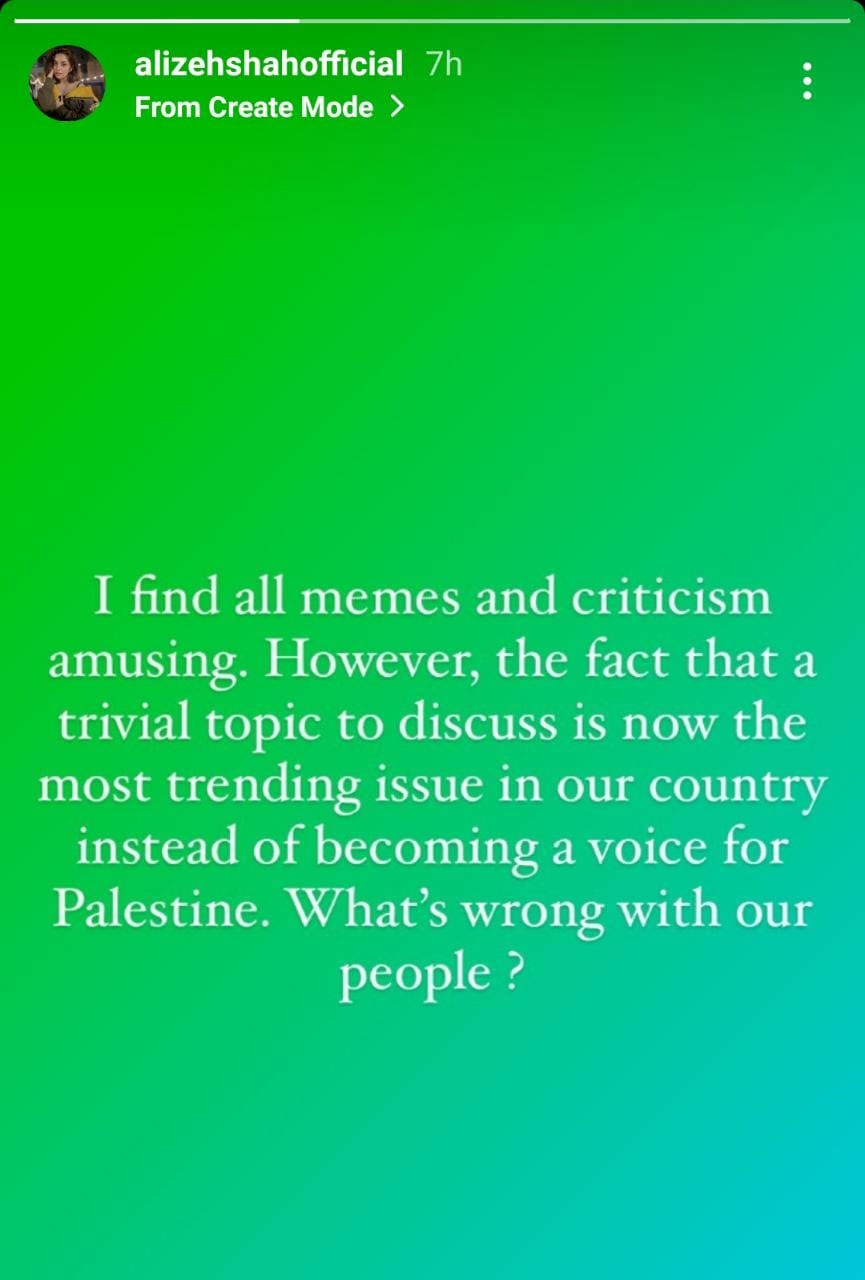 Alize Shah said, “I find all memes and criticism amusing. However, the fact that a trivial topic to discuss is now the most trending issue in our country instead of becoming a voice for Palestine. What’s wrong with our people?”

Alizeh Shah’s first song ‘Badnamiyan’ was released on the third day of Eid-ul-Fitr, in which she evoked the magic of her melodious voice with the famous singer Sahir Ali Baga.

Alizeh Shah wore a bold outfit in the video of her first song after which the actress was severely criticized by social media users.

Social media users not only fired arrows of criticism at the actress but also made some satirical and humorous memes on her.

In other news, Alizeh Shah also topped the list of top trends on micro-blogging site Twitter in Pakistan.

Imran Abbas is one of the most talented actor in the Pakistani...