Are Kendall Jenner and Devin Booker Together? Find Out!

Model ‘Kendall Jenner’ and basketball star ‘Devin Booker’ were seen enjoying time together after his team got defeated in game three of the NBA Playoffs.

Kendall and Devin were spotted leaving a hotel in Los Angeles at night despite the Phoenix Suns’ loss to the Los Angeles Lakers in Game Three.

Twenty-five years old gorgeous model drove to her twenty-four-year-old boyfriend’s hotel to console him after she appeared in the game at the Staples Center. 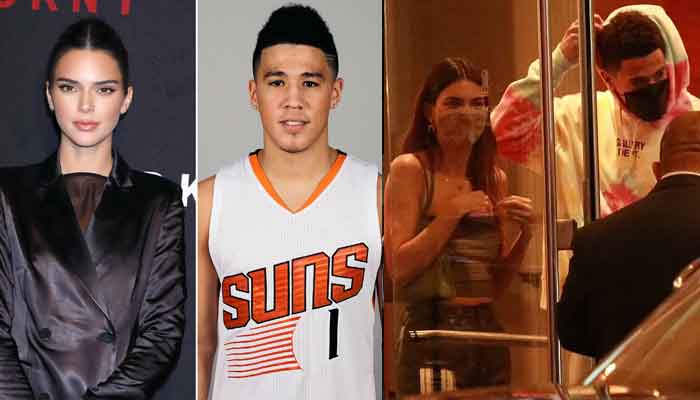 According to the sources, she arrived at the hotel where Devin was staying, Kendall walked through the lobby and took an elevator, and went straight up to his boyfriend’s room.

They both spent some time together in the hotel room and were later seen taking an elevator down to the lobby. Devin was wearing a black suit with a crisp white button-down shirt and shiny black patent leather loafers.

They both looked cozy and close when they said goodbye to each other. Kendall was escorted by her bodyguard to her waiting SUV and quickly left the hotel. They both became serious and exclusive about their relationship last March.