After receiving intense flak for standing against the Israelis in support of Palestine, famed model Bella Hadid might lose out a major deal by Dior.

Bella Hadid had protested in a pro-Palestine rally to march against the Israeli aggression on Palestinians.

“The way my heart feels. To be around this many beautiful, smart, respectful, loving, kind and generous Palestinians all in one place… it feels whole! We are a rare breed!! It’s free Palestine till Palestine is free!!! P.s. The Palestinian drip is real #FreePalestine,” she wrote on her Instagram.

However, fans and netizens began to call out the supermodel after she allegedly stood against the atrocities by Israel.

Soon after, reports were circulating about Dior cutting off ties with Bella over the recent controversy.

The rumours were shot down by fashion watchdog Diet Prada in a post that confirmed that the brand’s association with Bella Hadid is still going.

Earlier, the supermodel had been extremely backlashed by the Israeli government.

Bella Hadid took to the streets to voice support for Palestinians and expressed displeasure for the Israeli forces.

“Shame on you”, the Israeli government attacked Bella via Twitter posts.

“When celebrities like Bella Hadid advocate for throwing Jews into the sea, they are advocating for the elimination of the Jewish State,” the users added more. 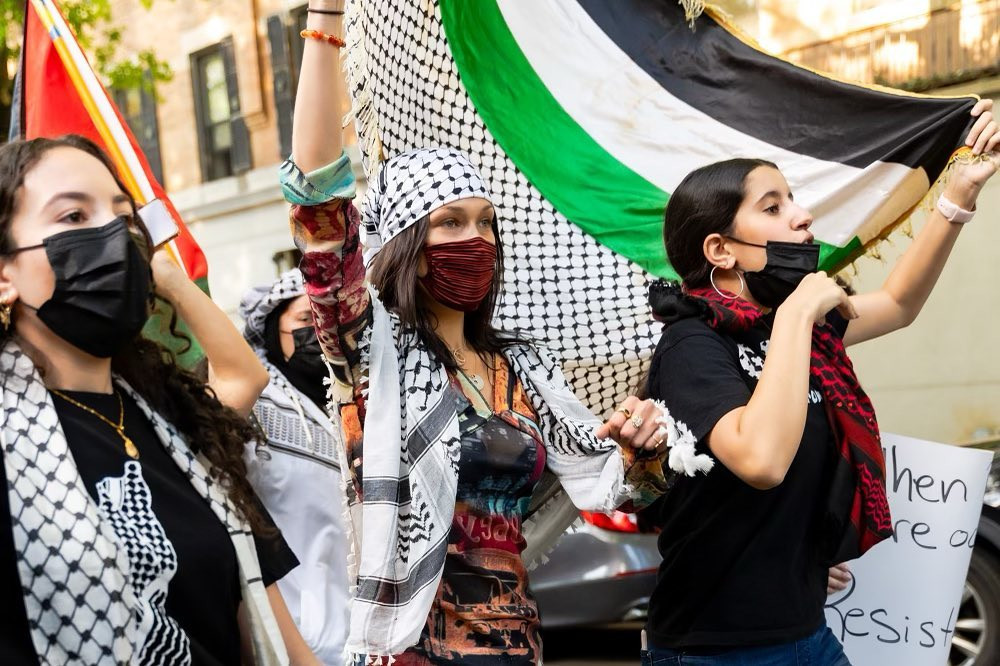 After the ceasefire between Hamas and Israel, American model Bella Hadid called...