Many Pakistani celebrities have reached out to show their support to Zoya Nasir, who recently broke off her engagement with German Vlogger Christian Bretzmann.

Earlier on Saturday,  Zoya Nasir announced her breakup with her fiancé Christian Betzmann after the controversy created uproar all over the internet after his remarks on Israel’s aggression against Palestine.

Taking to Instagram, Zoya Nasir has officially announced that she and Betzmann are no longer together. “It’s with a heavy heart I’m announcing that Christian Betzmann and I are no longer engaged to be married. His sudden change in stance towards my culture, my country, my people and insensitivity towards my religion has lead me to take this difficult and irrevocable decision,” she wrote.

The actress further added, “There are certain religious and social boundaries that can’t be crossed no matter what, hence, the decision to part ways. Humility, Tolerance and Respect towards each other are the virtues that we must always adhere to. I look upon my Allah to provide me with the strength to deal with this worldly emotional wreck. I wish Chris a bright and happy future.”

Zoya concluded by saying: “I sincerely request for space and privacy for myself and my family as we begin to navigate this emotional turmoil.”

“We’re all here for you, always!” wrote YouTuber Shahveer Jaffry.

“If Allah brings you to it, he will get you through it,” wrote Ushna Shah. 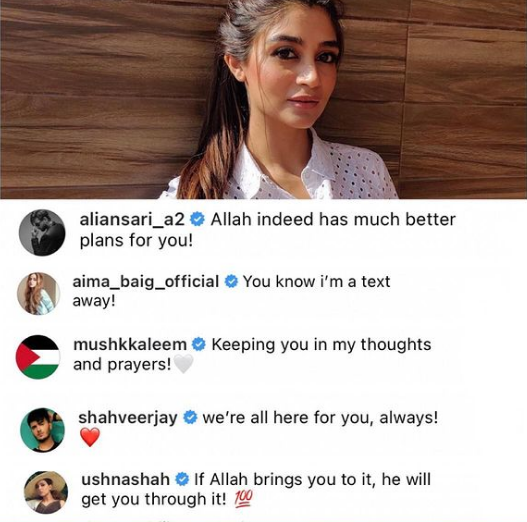 Earlier, Christian Betzmann, a German travel Vlogger, had said certain remarks regarding Palestine and Israel which landed him in deep waters and netizens heavily backlashed him.

An Instagram account shared her conversation with Christian who believes that social media has never helped in any political event.

He further indicates that ‘your strikes are useless, waste of time’.

And then he concluded his conversation by saying: “It is better to go pray as praying is the only thing Third World countries can do”.

“Whereas, first world countries are based on doers”, Christian declared.

Later, the Vlogger also jumped in to clear his views via his Instagram handle.

Zoya Nasir and German Vlogger Chrisitan Betzmann were soon to get married,...

Daniel Craig opposes the casting of a woman as James Bond

Daniel Craig, a British actor, has sparked outrage on social media after...

"I just use a face wash and no makeup while shooting": Muneeb Butt

Aagha Ali feels lucky to have Hina Altaf as his life partner; here's why

Hina Altaf and Aagha Ali are undoubtedly one of the most loved...

The Afghan Taliban have sacked Hamid Shinwari, the Executive Director of the...

DUBAI: While the global transition to clean energy is crucial, Opec secretary...

Saudi per capita GDP up 28%