Popular Turkish actress Esra Bilgiç, who rose to fame with her exceptional performance in the TV series Dirilis: Ertugrul, has won millions of hearts after sharing multiple stunning clicks.

Taking to Instagram, Esra shared a few gorgeous snaps donning a colourful traditional attire. The Pakistani fans are just over the moon after their favourite star’s picture go viral.

The pictures have garnered a lot of praise and likes from netizens.

One of Pakistan's favorite international actresses Esra Bilgic has achieved another milestone...

Every post of Esra Bilgiç aka Halime Sultan now gets thousands of likes and comments within minutes. Amongst those making, appreciative comments are Pakistani fans and also people from other countries.

She now has a huge fan base globally as well as in Pakistan. The most-loved celebrity became an overnight star with her debut series Dirilis: Ertugrul. She has a number of other television projects to her credit. She appeared in series like Bir Umut Yeter and is currently the female lead in the Turkish crime-drama series Ramo.

Back in 2019, she took up the lead role in the film Adaniş Kutsal Kavga which was scheduled for release in March 2020.

Earlier, the actress took to Instagram to share her candid selfies and she has absolutely nailed the look with her timeless beauty. 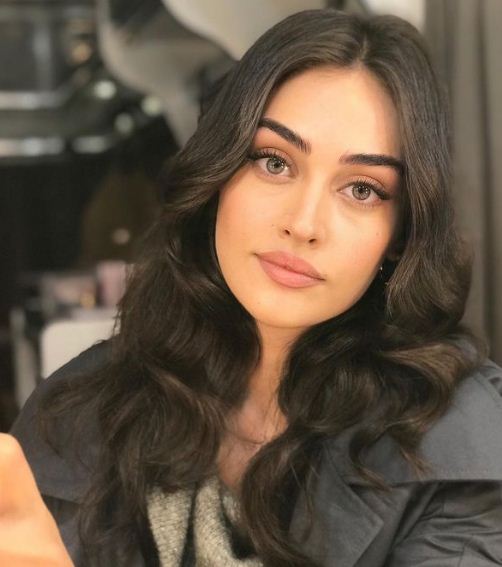 Esra Bilgic’s expressions in these photos will make your day

Esra Bilgic never misses any chance to impress her fans. Her new...

What did Minal Khan thank Fahad Mustafa for?

Kim Kardashian talks about her ‘first, real’ marriage to ex-husband

Angelina Jolie and Jonny Lee Miller on the verge of reconciling