As the Israeli atrocities against the innocent Palestinians are rapidly increasing, people across the world are staging protests and raising their voices for Palestine.

Many Pakistani celebrities have also joined the pro-Palestine protests staged in different cities of the country.

The Ishqiya actress was spotted along with Dananeer Mobeen aka Pawri Girl.

Earlier, Hania wrote on one of Instagram posts calling the Israel-Palestine conflict “terrorism”.

NOT A CONFLICT. ITS TERRORISM. BARBARIANISM. OPPRESSION. SETTLER COLONIALISM. ETHNIC CLEANSING. CALL IT WHAT IT IS, wrote Hania.

The actress has been lauded by the netizens for her support as one of them wrote,

“Hania Amir is perhaps only female celebrity in Pakistan who is taking clear stand on Palestine issue so proud of you my queen and proud to stand this brave bold and sensitive ladies.” 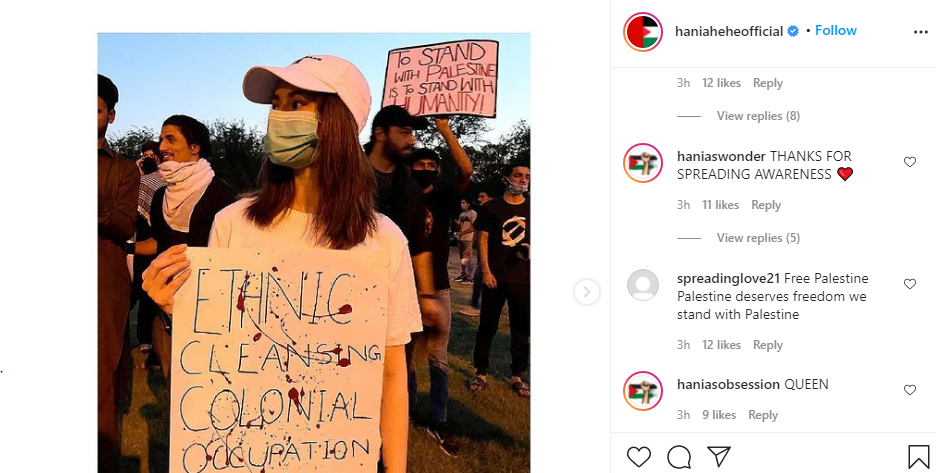 Muslims have expressed outrage at the filming of two mosques in Christchurch,...

Minal, Ahsan serving major retro-couple vibes in these pictures from their engagement