Since she has uploaded her snaps with TikToker Umer Butt, netizens started speculating that both of them are dating each other or are engaged.

However, the popular social media sensation took to her Instagram and shut down all engagement rumours saying: “We are not engaged.” “Jab bhi aesa kuch hoga you btaungi zaroor, Filhaal aesa kuch nahi (Whenever it will happen, I’ll share the news with everyone),” she wrote. 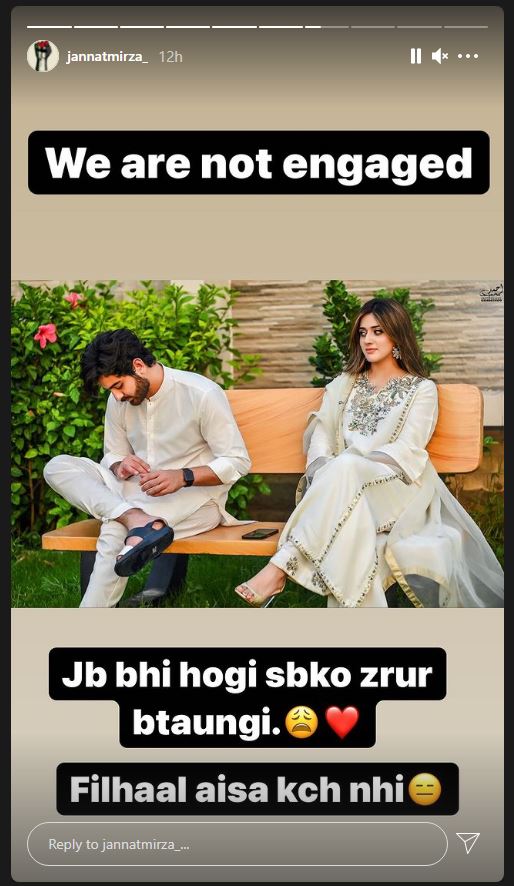 Earlier, TikTok star Jannat Mirza’s popularity on Instagram had increased with an increase in the number of followers.

She had gained two million users on her social media platform Instagram. On achieving this milestone, she had shared a new photo of herself on Instagram with some balloons in her hand as she thanked her two million followers.

The TikToker wrote, “2 MILLION STRONG. I am nothing without you guys. You guys are my strength. Thank you so much for supporting me throughout. I love ya’ll Wallahi.”