Minal Khan, Ahsan Mohsin Ikram All Smile For The Gram

The newly-engaged actors Minal Khan and Ahsan Mohsin Ikram have shared a happy selfie together for their fans.

Minal and Ahsan all smiled for a selfie on Instagram as they attended a birthday party yesterday. 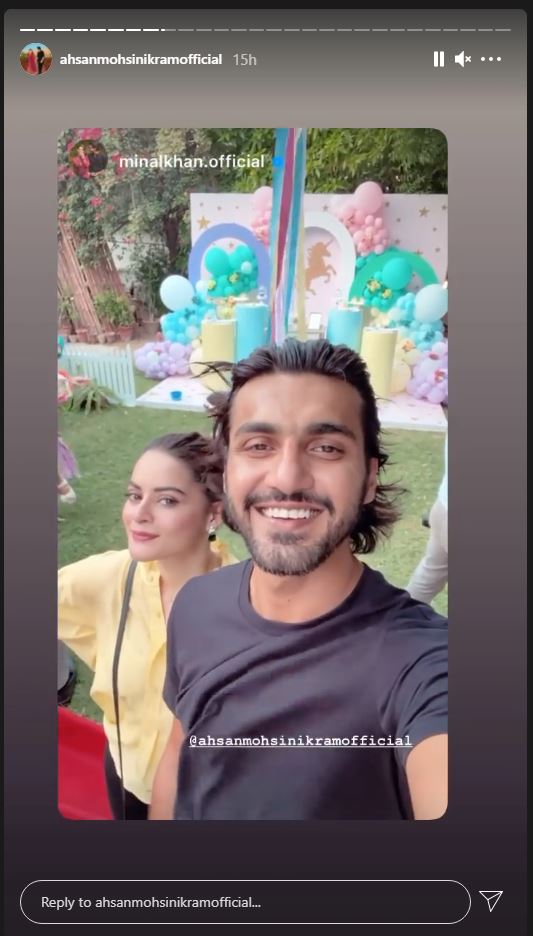 Earlier, showbiz stars Minal Khan and Ahsan Mohsin Ikram hitched in a low-key ceremony with selected friends and fans as the attendees.

Both Minal and Ahsan left fans elated over the news of their engagement after they shared adorable snaps from their Baat Pakki ceremony.

The photos had sparked a wave of positive reaction from her fans who showered the happy couple with love and prayers.

They had confirmed their engagement on Valentine’s Day and later celebrated one year of their romance.

The couple got engaged after confirming that they are dating in November last year following Minal’s 22nd birthday.

Pakistan's emerging actress Minal Khan, who has won hearts with her stellar...

Multan Sultan won the game by 31 runs against Islamabad United in...