Pakistani actress Ghana Ali is all set to tie the knot as her wedding festivities have already begun.

The Rangreza starlet surprised her fans by sharing mesmerizing photos on her Instagram account donning an orange dress with her hands covered in henna.

Take a look at other photos and videos of the bride-to-be Ghana Ali! 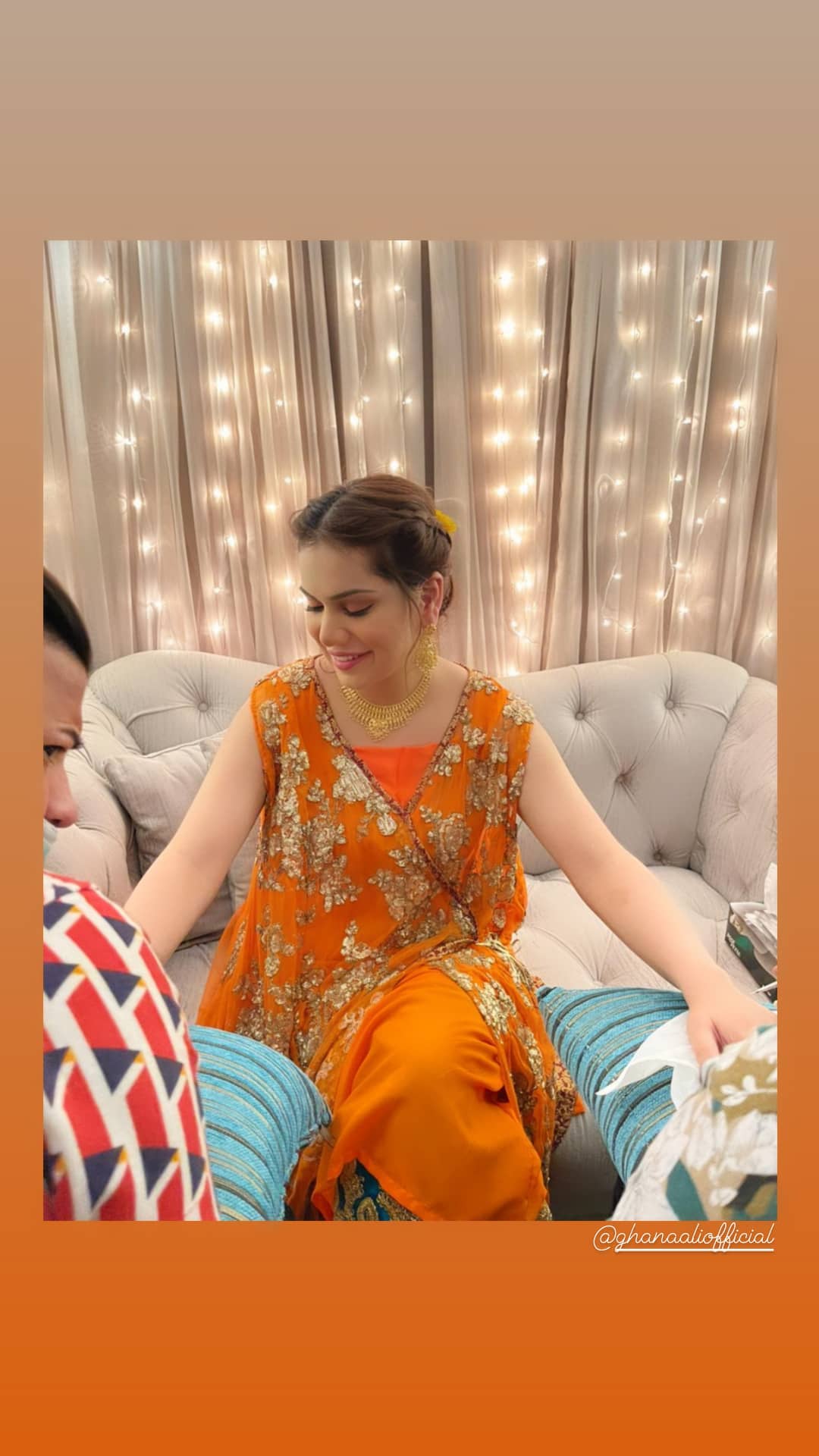 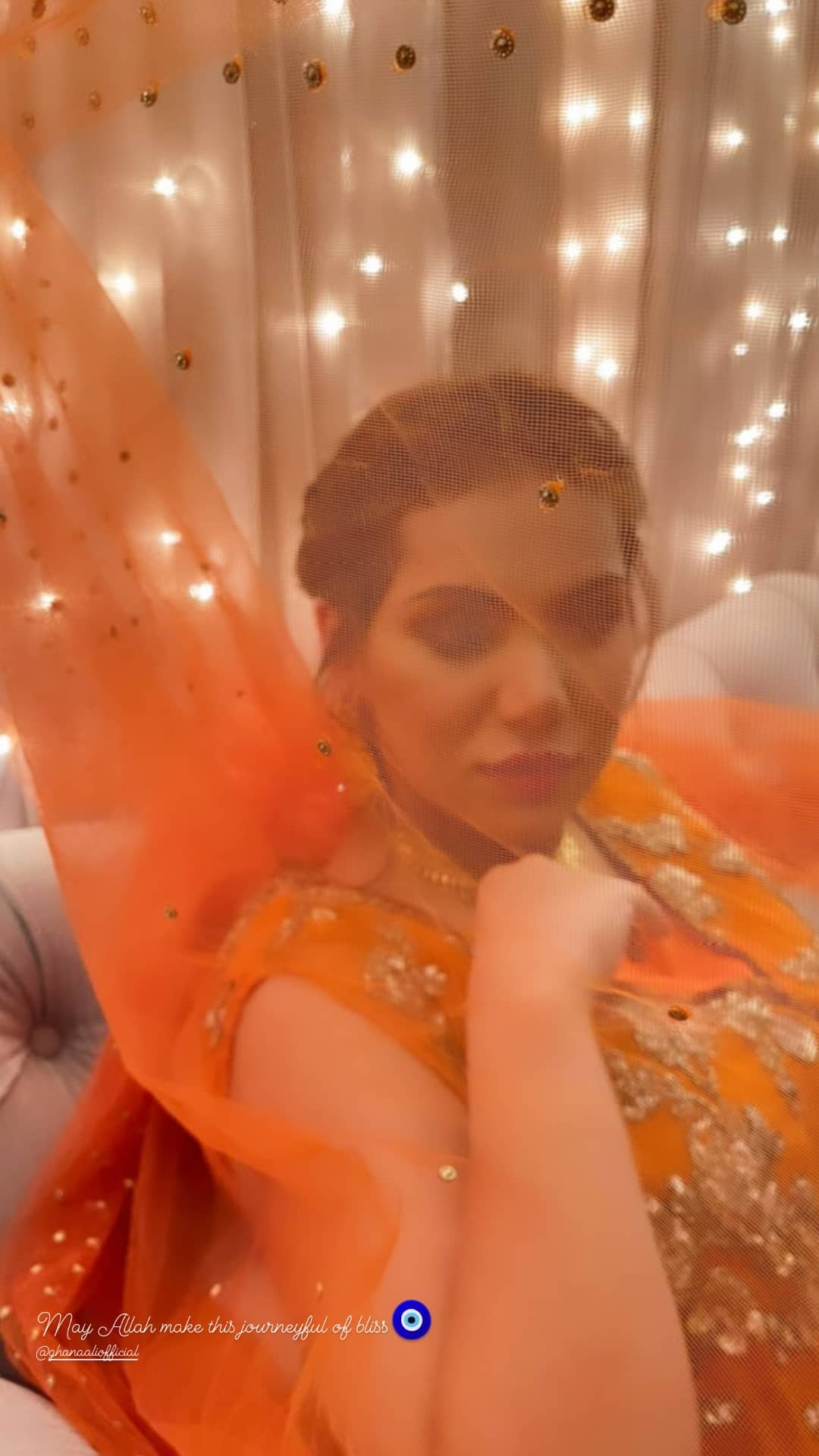 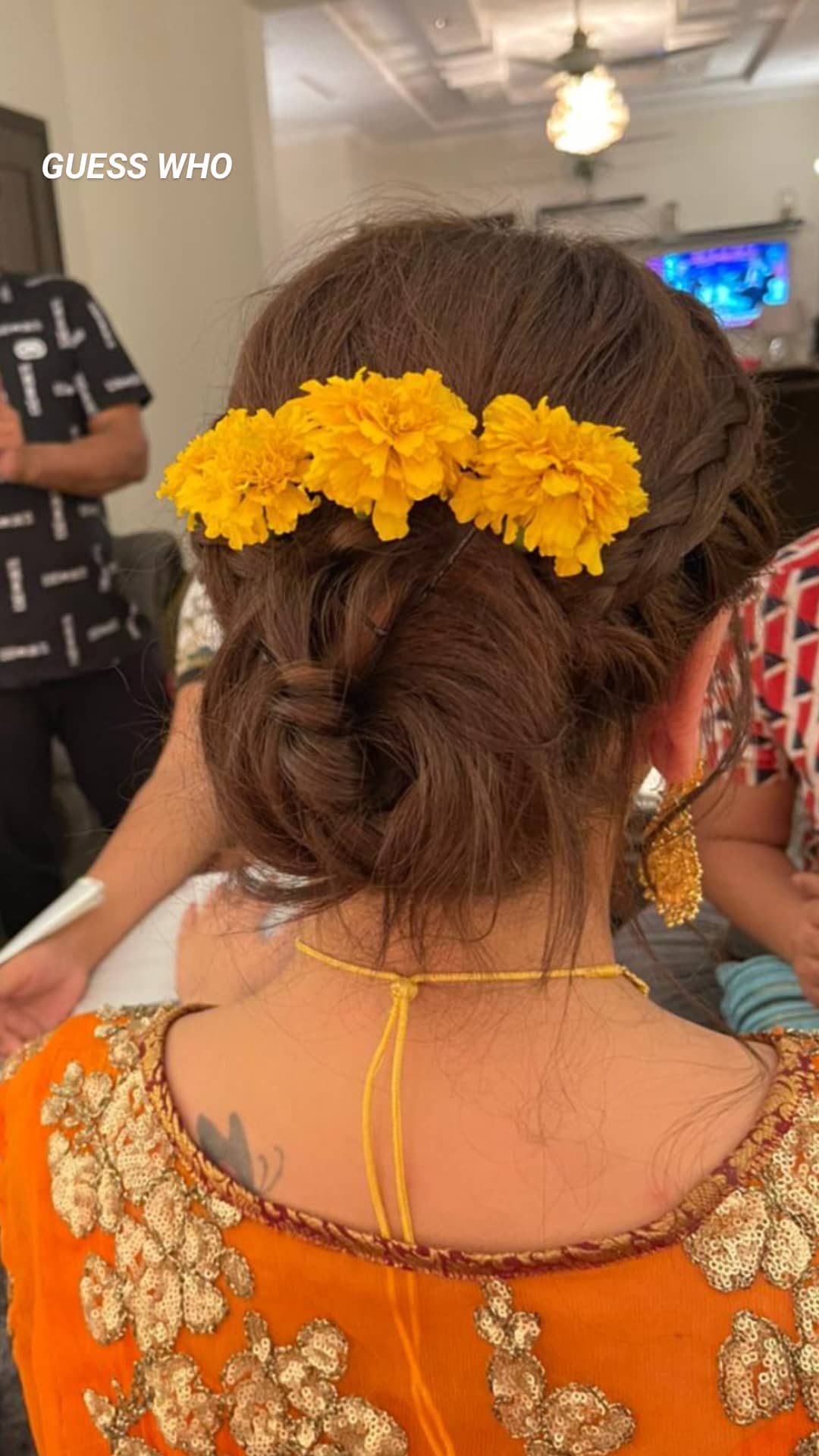 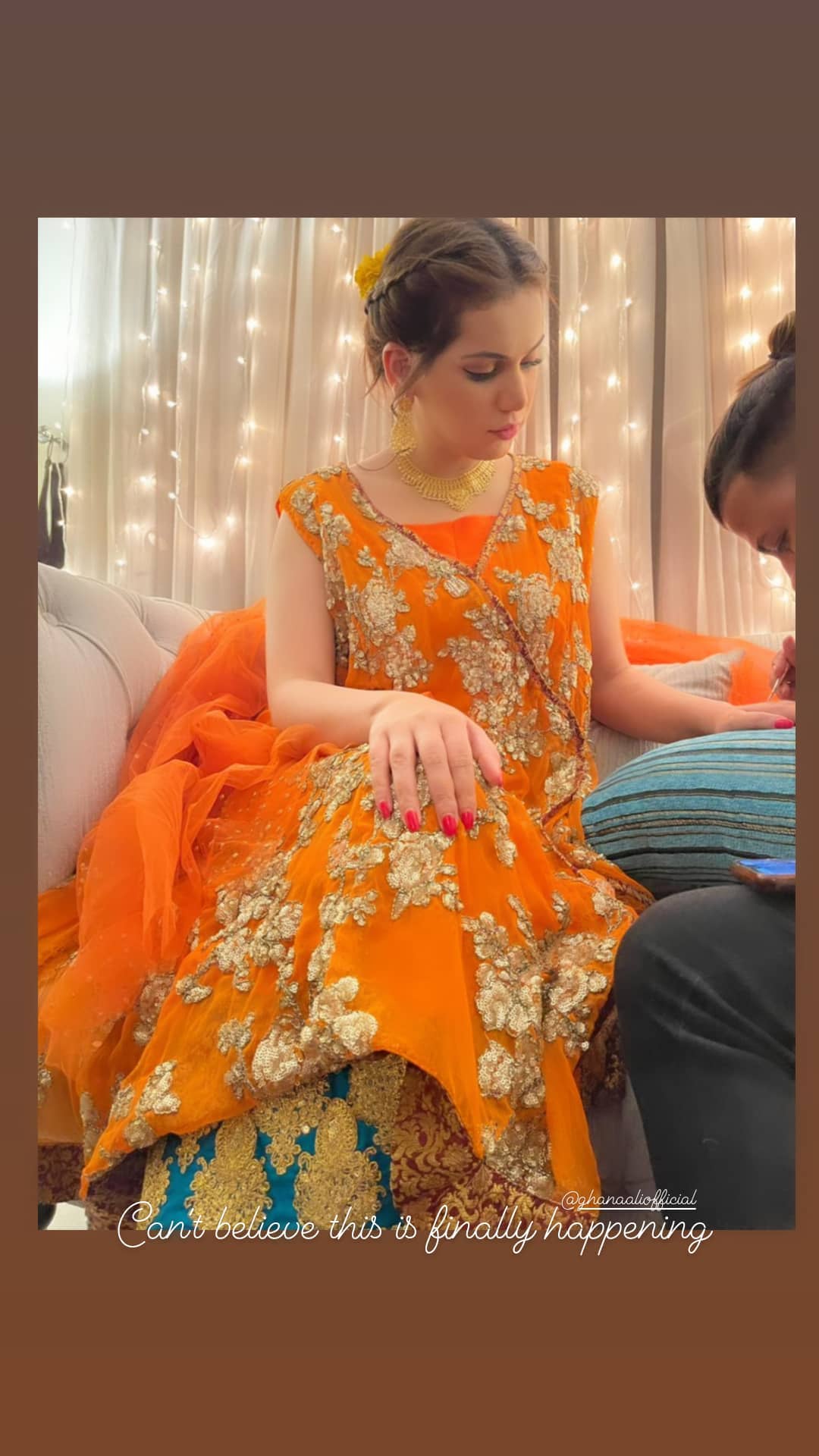 On the other hand, the actress has also starred in several Lollywood movies including Man Jao Na, Rangreza, and Kaaf Kangana.