Saboor Aly and Minal Khan, famous friends of the Pakistani showbiz industry, officially tied the knot with their significant other in the same month. Fans seem to be very happy with this decision of theirs.

Two popular couples of the drama industry, Minal Khan and Ahsan Mohsin Ikram and Saboor Aly and Ali Ansari had their engagement ceremony this month. While fans and followers of these two couples seem happy, thousands of hearts are broken.

While Minal Khan’s fans and followers continue to congratulate her on yesterday’s ceremony, her ‘bestie’ Saboor also congratulated the couple on their engagement.

I’m so happy for both of you 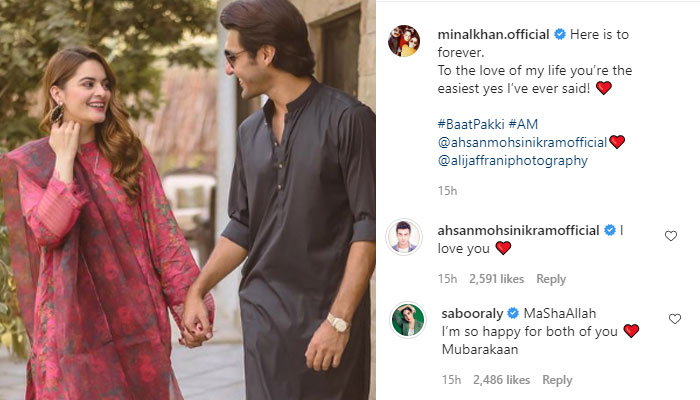