Salman Saqib Sheikh Aka Mani amuses fans with his shenanigans

Social media users have been shocked along with being amused after seeing a new video of Salman Saqib Sheikh who is popularly known as Mani, a well-known actor and host of the Pakistani drama industry.

Actor Mani shared a new short video to his Insta Story in which he looks old and is hardly recognizable. Mani did not write anything in the caption while sharing the video. 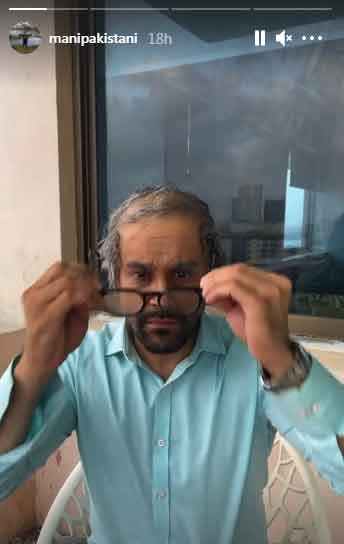 However, after watching this video, it seems that Mani is about to appear on the screen again in a unique way this time. He took to his social media and posted a photo of the new character he will be playing.

“Javed chaska coming soon” he wrote in the caption of his post.

Actor Mani is one of the few Pakistani actors who has made a name for himself in the hearts of fans with his unique roles, especially in comedy dramas.

It should be noted that Salman Saqib Sheikh aka Mani gained fame after hosting TV road shows and he also had the honor of laying the foundation of road shows in Pakistan.