One Direction's Liam Payne finally speaks out about speculations of reunion

Emerging Pakistani actress Ayman Saleem has been dubbed by internet users as a resemblance to popular Indian actress and model Anushka Sharma.

Social media users are calling her a likeness of Indian actress Anushka Sharma.

Actress Ayman Saleem is everywhere nowadays due to her interesting and lively acting.

Photos of the two stars made rounds on social media. These pictures are also being commented on by internet users, some of whom say that Ayman Saleem is many times sweeter than Anushka Sharma. 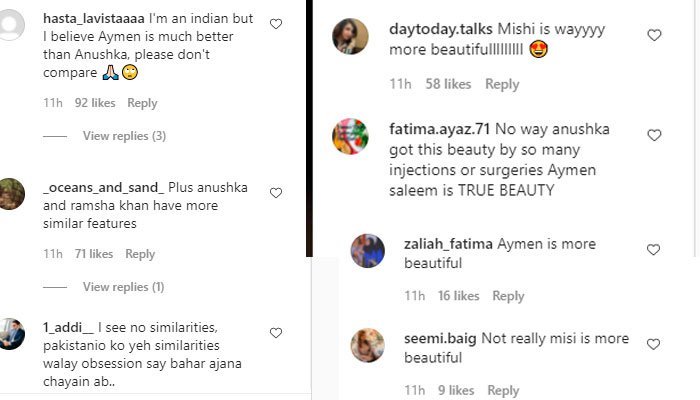 While some users say that actress Rimsha is more like Anushka Sharma than Ayman Saleem.
Drama ‘Chupke Chupke’ is the first project of Ayman starring Ayeza Khan and Osman Khalid Butt. She is none other than the daughter of former cricketer Saleem Yousaf and niece of late singer Nazia Hassan.
Ayman Saleem is also a model, she earned huge accomplishments by serving as a Youth Ambassador in a Youth parliament.

Besides this, Aymen also broke the record of fitting 18 girls in a single-vehicle and closed its door for the next 5 seconds. She managed to break this record during her A-level classes.

In a world where human wants everything instantly; from coffee to movies,...

Kim Kardashian West, who has been named one of four inaugural hosts...

In the Indian state of Andhra Pradesh, the couple lost their twin...

The disappearance of a 22-year-old Gabby Petito sparked national interest after she...