Actress Mawra Hocane is among the millions of fans of the famous American TV series ‘Friends’.

The Aahista Aahista shared the trailer of the special show ‘Friends Reunion’ of the popular American TV series ‘Friends’ to her Instagram story.

“The best there is,” the actress wrote with a heart emoji as she posted to her story. 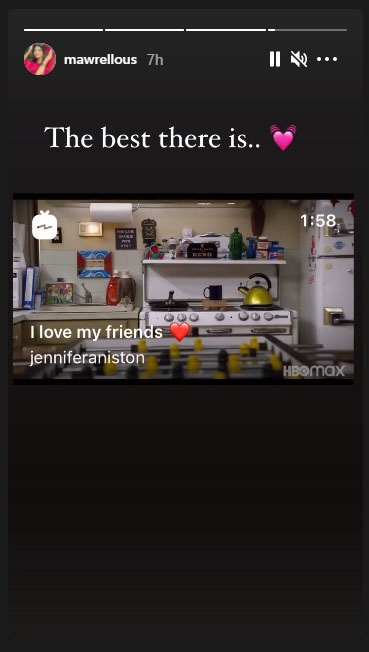 This special edition ‘Friends Reunion’ of the American TV series ‘Friends’ is eagerly awaited by millions of fans all over the world.

Last year, the ‘Sabaat’ actress successfully gained six million followers on Instagram. Sharing her feelings, she shared a boomerang video to her Instagram account in which she can be seen smiling.

In the caption, she shared her joy, “7 billion hearts in the world.. 6 MILLION ARE MINE” She also leaves heart emojis with the caption.

Photos: Mawra Hocane Surprises Her Fans With A New Look

Pakistani actress Mawra Hocane has left her fans awestruck with her new...

Esra Bilgic appears ethereal in her most recent pictures

As filming for her new drama series Kanunsuz Topraklar finished in Zonguldak,...

Prince Harry is lambasted once again for his continuous criticism

The Duke of Sussex, Prince Harry has been mocked yet again for...

One of the oldest plants, Aloe Vera is known to provide many...