What surgery did Yasir Hussain undergo?

One of the leading actors of the Pakistani film and TV industry Yasir Hussain shared a picture of his hand with a plaster after surgery to his social media account.

Yasir Hussain shared a photo to his Instagram account’s story in which he can be seen sitting in a car wearing a fracture plaster on his hand. His wife and actress Iqra Aziz can also be seen in the picture along with him. 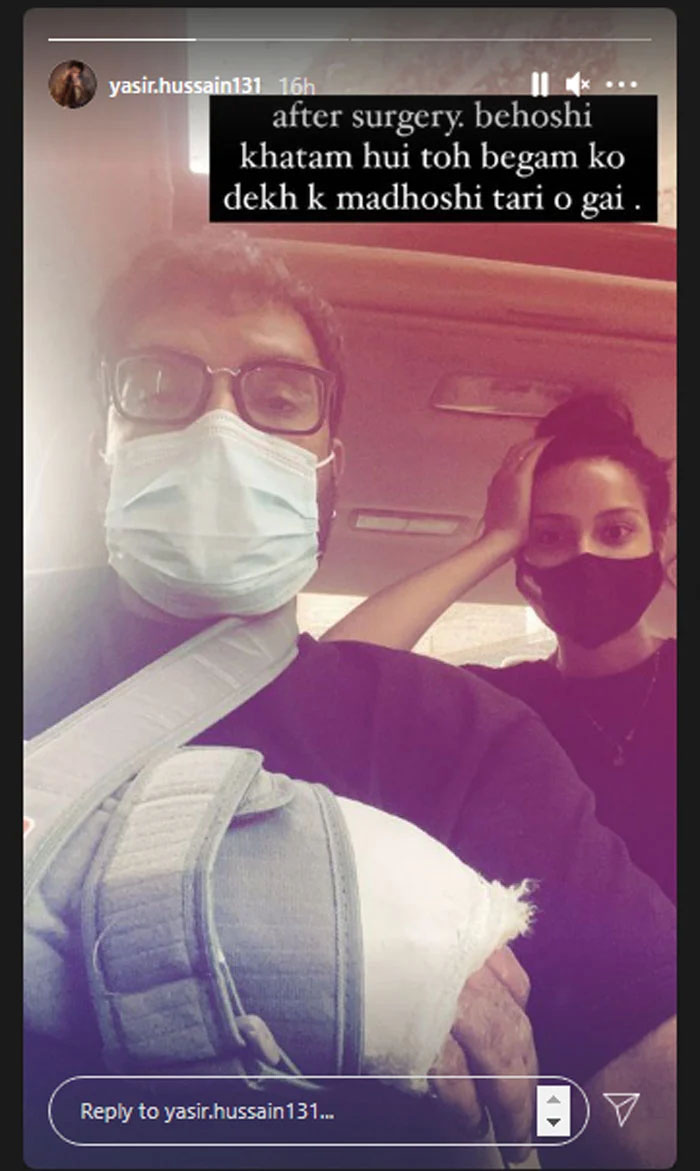 The actor did not say why he underwent surgery on his arm.

Iqra Aziz and Yasir Hussain are soon to become parents, and are all set to welcome their bundle of joy

The good news was announced by the ‘Raqeeb se’ actress with an adorable picture of herself and Yasir on her Instagram where she can be seen flaunting her baby bump. She captioned the post writing, “ALHAMDULILLAH Arriving July 2021 INSHALLAH.”