A fan of the former showbiz industry actress Noor Bukhari followed her to her house which left her petrified.

Noor Bukhari, who is quite active on social media and often shares videos and photos of her home to her Instagram stories, got terrified after a stalker fan followed her to her home.

Noor Bukhari shared a message to her Instagram story in this regard mentioning the recent incident that happened with her. 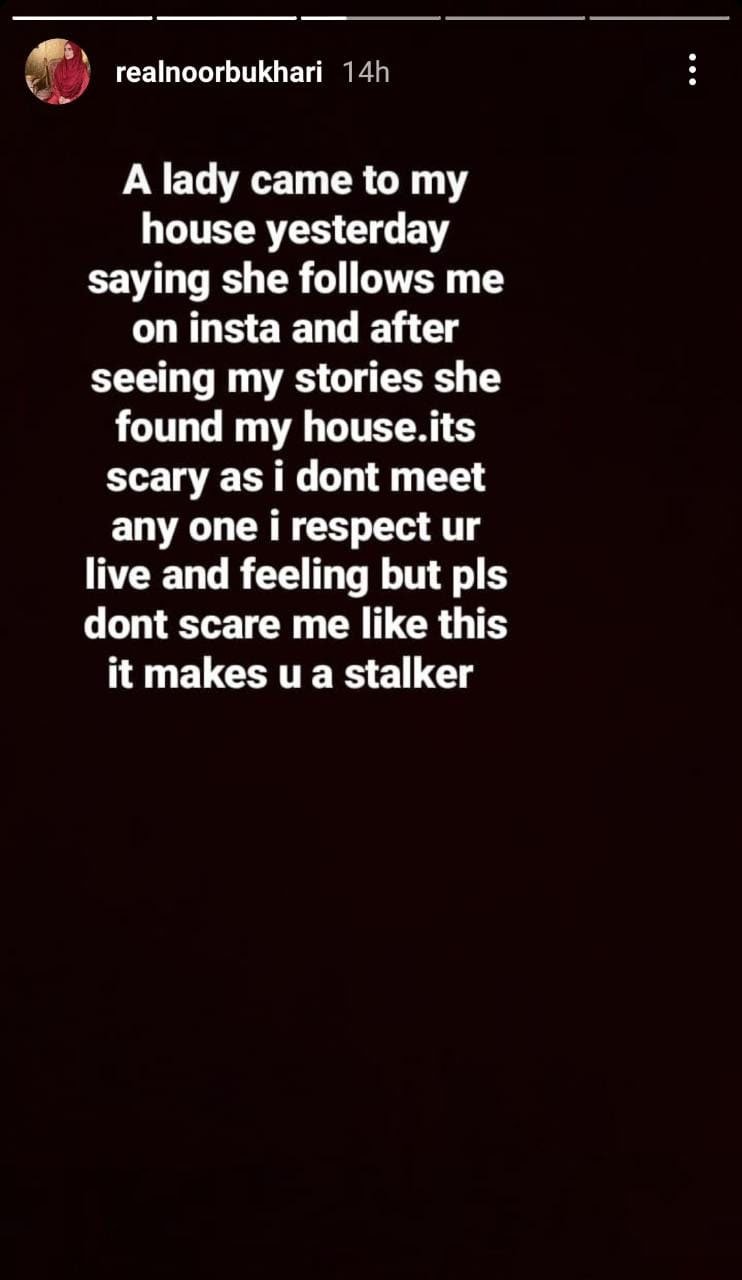 “A lady came to my house yesterday saying she follows me on insta and after seeing my stories she found my house. its scary as i dont meet any one i respect ur live and feeling but pls dont scare me like this it makes u a stalker,” said the former actress.

Noor Bukhari had quit the showbiz industry after her fourth marriage ended in divorce in September 2017 and had announced to live according to the religious teachings of Islam.

Noor Bukhari, who quit the showbiz industry for the sake of Islam,...