Gal Gadot, who became global fame for her role as “Wonder Woman”, celebrated her 36th birthday.

Thousands of her fans sent birthday wishes to the actress on social media on Friday as she turned 36.

Besides fans and social media followers, Dana Gadot, the only sister of the “Wonder Woman” actress also sent greetings to her.

Sharing a picture with her star sister on Instagram, Dana wrote “Happy birthday to my one and only sis.”

Gal Gadot in reply said, “I love you more than words can say.” 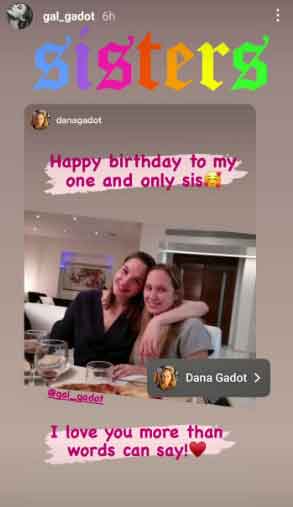