Leading actor of the film and TV industry Yasir Hussain told fans why he underwent surgery on his arm.

Yasir Hussain recently held a question and answer session on his Instagram story in which fans asked the actor serious and interesting questions.

During the question and answer session, a fan asked Yasir Hussain why he underwent surgery on his hand. 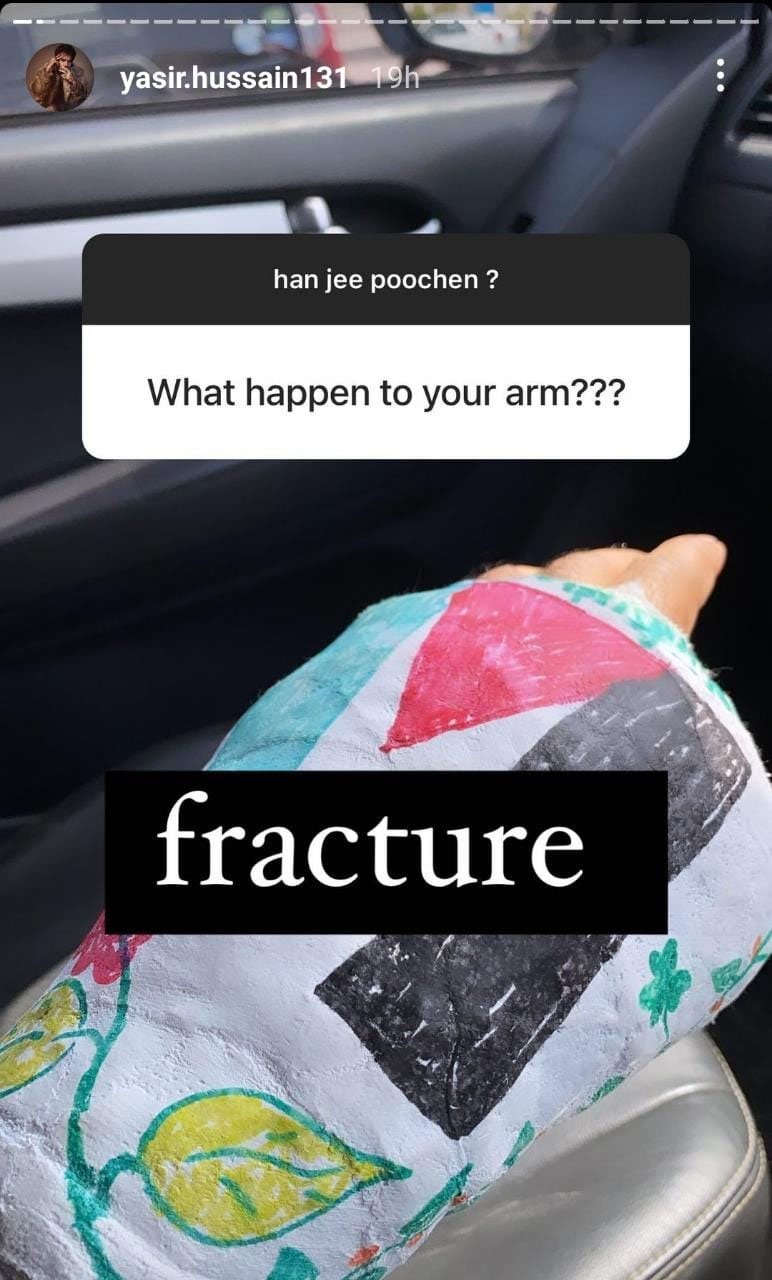 In response to the question Yasir Hussain said that he had a fractured his hand.

Meanwhile, another fan asked the actor how the accident happened to which he replied saying that it was due to a motorbike that his hand got fractured. 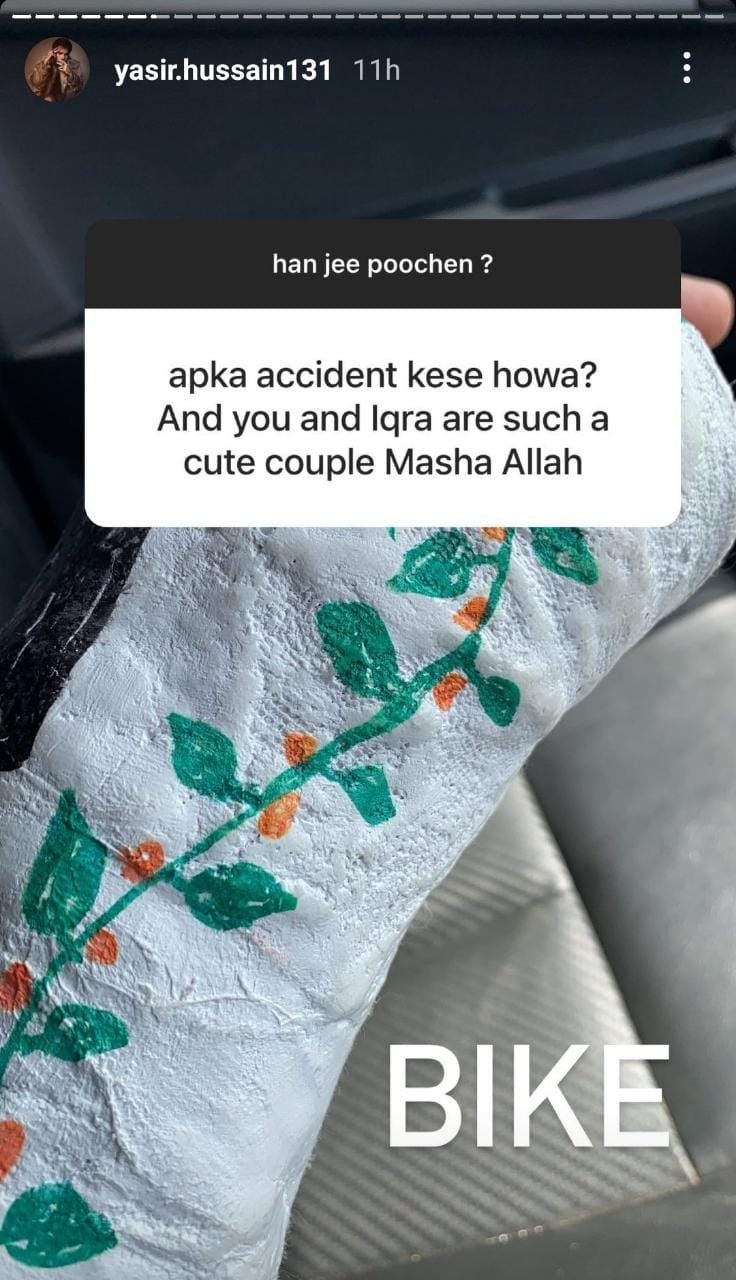 Last week Yasir Hussain shared a picture of his hand with a plaster after surgery to his social media account. However, he did not say why he underwent the surgery.

It should be noted that Yasir Hussain could not participate in the demonstration in solidarity with Palestine at the Karachi Press Club due to his hand being plastered after the surgery.

Yasir Hussain justifies his absence at the ‘Solidarity with Palestine’ protest

Leading actor and host of the film and TV industry Yasir Hussain...