Fans like and appreciate the simplicity of actress Yumna Zaidi so much that they can’t help but praise her.

Yumna Zaidi, one of the most popular actresses of the Pakistani showbiz industry, recently participated in a private TV channel’s show and her pictures from the show have gone viral on social media. The innocent smile on her face makes her look very attractive.

In the photos, Yumna can be seen donned a long-sleeved frock with a scarf around her neck, and according to fans, the actress looks very elegant in this attire.

Expressing their views on the actress’ photos, a netizen commented saying that Yumna is the most innocent and tolerable girl in the showbiz industry. 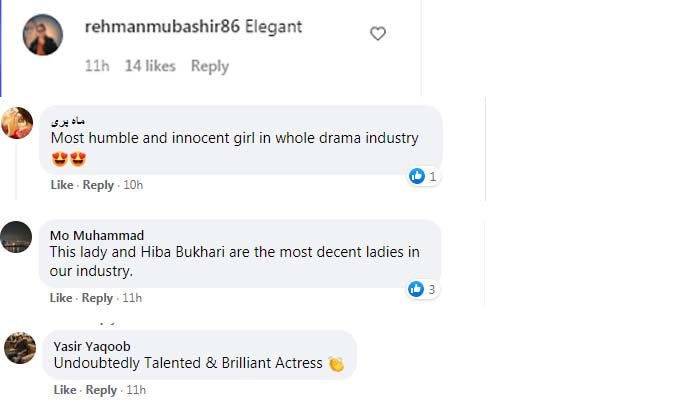 One user, while talking about Yumna Zaidi and actress Hiba Bukhari, said that they are the most polite women of the drama industry. Another user also praised Yumna Zaidi’s acting skills.