Khobro actress Minal Khan, who has a fan following of 7 million on the social media site Instagram, has stepped into the world of Snack video – a social network similar to TikTok.

Now Minal Khan’s fans will be able to see her on the TV screen and on the Snack Video app along with Instagram. 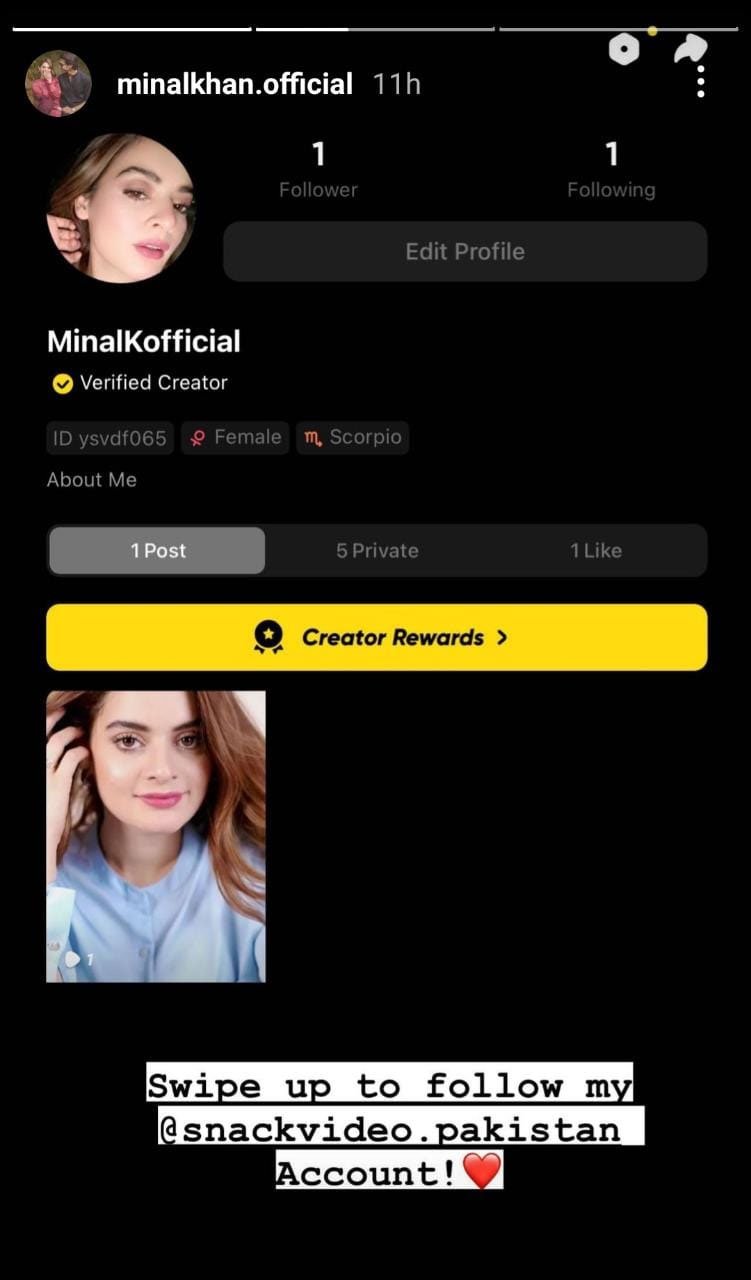 The ‘Jalan’ actress disclosed this good news to her fans via her Instagram story.

The actress shared a screenshot of her official account created on the Snack Video app to her Instagram story in which it can be seen that she has posted only one of her videos thus far.

What is the SnackVideo App?

Snack Video App is an app created by Pakistan which is very similar to the short video sharing app TikTok.

Short videos from TikTok are also uploaded to this app and now most of the famous TikTokers have also created their accounts on Snack Video app where their fan following is increasing with each passing day.

It should be noted that before this, Pakistan’s most popular actress Ayeza Khan had made her entry into the world of TikTok.

The ‘Meray Paas Tum Ho’ actress shared a short TikTok video with fans on her Instagram account in which she can be seen wearing a pendant which reads ‘Geeti’.

Ayeza Khan, the most popular actress with 9 million followers on her...