While Bushra Ansari termed the social media stars as ‘ignorant’, Jannat Mirza addressed the senior actress as ‘Amma Jee’ and at the same time advised her to know the truth before criticizing.

In a video statement, Jannat Mirza gave a detailed account of the whole incident, according to which she had received a chain as a PR package which she wore to make a TikTok.

According to Jannat Mirza, she came to know from the comments of social media users that the holy symbol of Christians ‘Cross’ is associated with this Chain, for which she apologized to all. 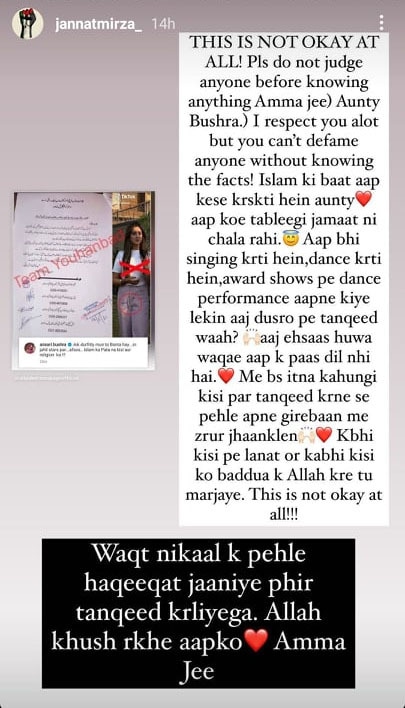 It is to be noted that Janat Mirza was wearing the said chain on his pants against which a petition was filed by the Christian community in the cybercrime wing of the Federal Investigation Agency (FIA).

Posting a photo of the petition, Bushra Ansari wrote, “These ignorant stars have no knowledge of Islam or any other religion.” 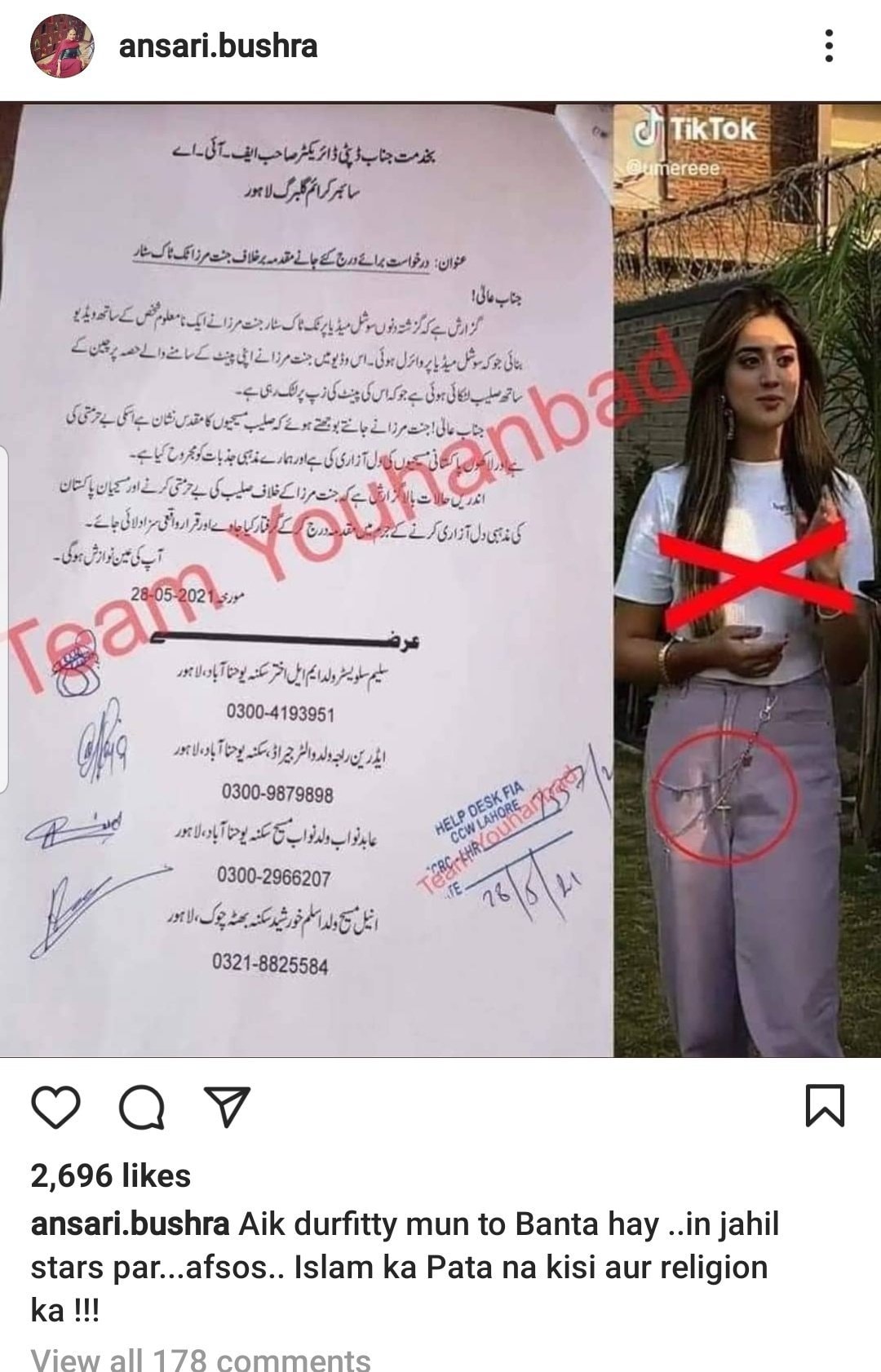 Addressing Bushra Ansari, Jannat Mirza wrote, “You also sing, you dance, you did dance performances on award shows, but today you criticize others, wow.”

“All I can say is take a look at yourself before criticizing anyone,” she added.

On the other hand, Janat Mirza’s sister Alishba Anjum criticized Bushra Ansari in the strongest terms and said that Bushra Ansari should not talk about Islam because acting, singing and dancing are not allowed in Islam.

Alishba said that Janant made a mistake, she is very sad about it and she also apologized.

Jannat Mirza All Set To Conquer Her Film Debut

Popular social media sensation Jannat Mirza is all set to conquer the...