Do you know who Hareem Shah’s husband is?

Do you know who Hareem Shah’s husband is?

News has been circulating that Hareem Shah, who gained fame from the video-sharing application TikTok, married a well-known politician of Sindh.

News of Hareem Shah’s engagement and marriage went viral recently when she shared photos of herself in a wedding dress on Instagram.

The tiktoker promised to share more details about her husband as she has not given any details yet.

After posting a shot of her hands with a diamond ring a few days ago, the TikToker sparked a social media storm. 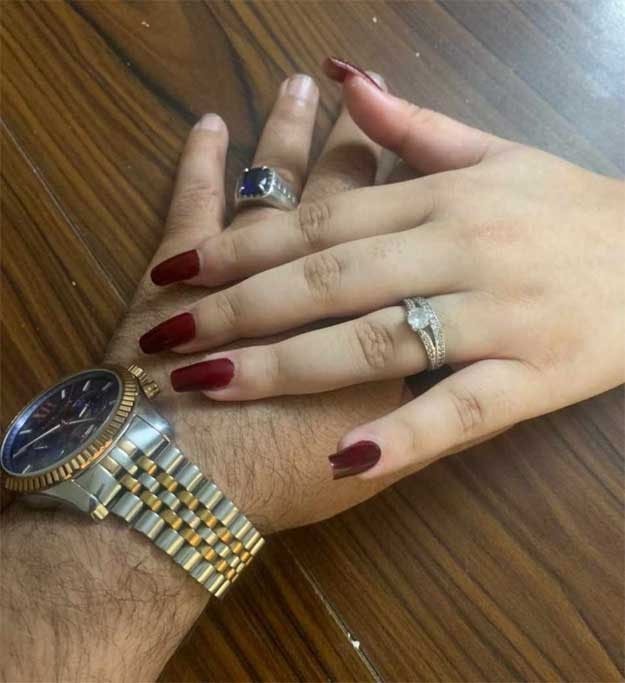 Hareem Shah shared photos in her wedding dress and bridal make-up on Instagram on June 23 but did not caption the photos.

The report said that although Hareem Shah confirmed the marriage to the member of Sindh assembly, she refrained from revealing her husband’s name and did not mention when and where she tied the knot.

According to sources, Hareem Shah has refused to share marriage information with the member of the Sindh assembly but promised that she would release more information regarding her marriage soon.

Her fans congratulated her on the news of her marriage but also asked to reveal details about her husband.