Javeria Saud is in New York with her family on vacation

Özge Törer, the Turkish actress who played the lead role in ‘Kuruluş: Osman’, the sequel  to the popular Turkish series ‘Diriliş Ertuğrul’ based on the Ottoman Empire, has shared a beautiful selfie with her co-star Ayşen Gürler. 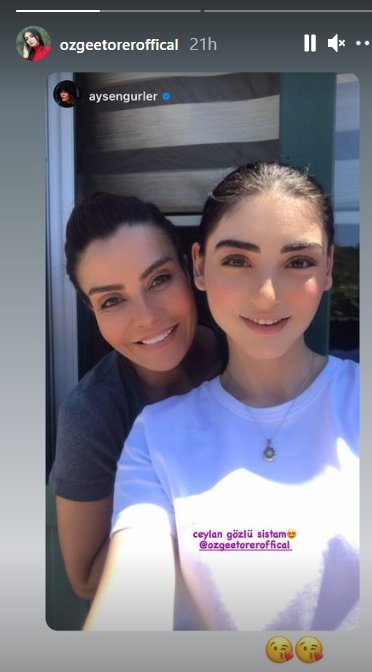 Both the Tukrish actresses look gorgeous in their sun-kissed selfie taken outdoors.

It is to be noted that actress Ayşen Gürler played the role of Helen, the assistant of Princess Sofia in the Turkish series ‘Kuruluş: Osman’.

The historical Turkish series, based on the true story of the life of Osman Ghazi, the founder of the Ottoman Empire, is currently being aired on a private television channel of the country.

Who is more popular Esra Bilgic aka Halime Sultan or Özge Törer aka Bala Hatun?

Maya Ali is a famous Pakistani actress who has done back-to-back hit...

Bollywood actor Alia Bhatt shares her picture in which she is missing...

The Pakistan Medical Commission (PMC) has announced the schedule for the Medical...

PayPal provided investors with an update on the progress of its new...