Actress Mariyam Nafees reacted to the viral video of Firdous Ashiq Awan and Qadir Khan Mandokhail’s bitter words and wrangle which has been making rounds on social media.

She wrote in her message, “From Twitter and Instagram’s toxicity to slapping on live talk shows. Koi accountability ka scene hai ya nahi?” 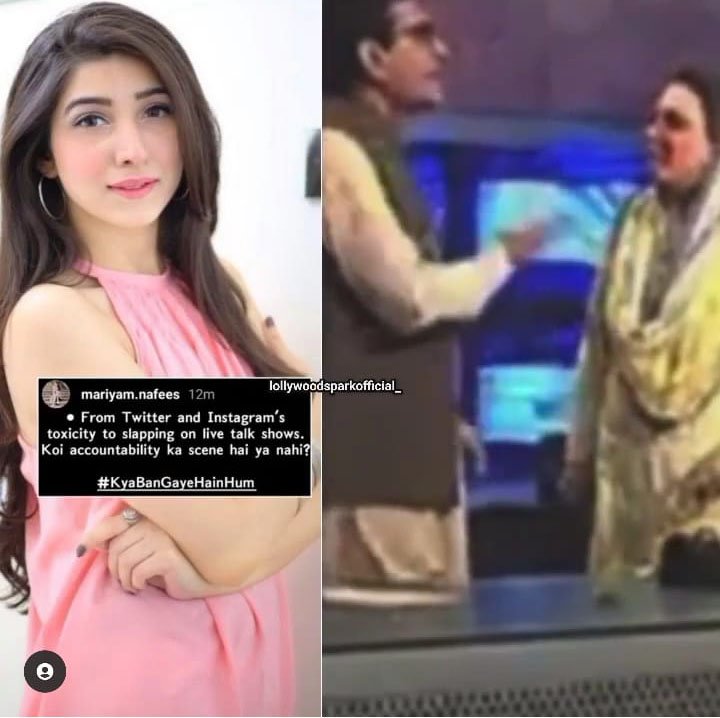 Using the hashtag “#KyaBanGayeHainHum” the actress condemned such incidents.

It may be recalled that Firdous Ashiq Awan, Special Assistant to Punjab Chief Minister Usman Bazdar, had a scuffle with PPP leader Qadir Mandokhail yesterday and a video of their exchange of bitter words was leaked which soon surfaced all over social media.

Firdous Ashiq Awan in response to this video said that the video that has been leaked is selective and that is why she wants the full video to be leaked.

Firdous Slaps Mandokhel On National Television, Says He Provoked Me