Pakistan’s actress and model Sadaf Kanwal has shared a cryptic, indirect message on her Instagram stories and netizens are wondering who was it for.

The message by Sadaf read, “Don’t be a victim of the circumstances you created.” 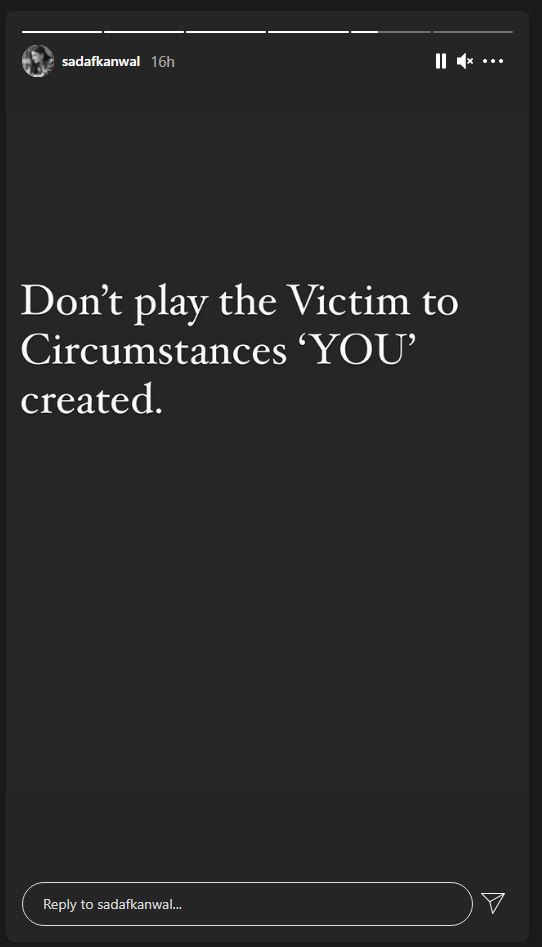 However, after a few hours, Syra Yousuf, the first of Kanwal’s husband Shahroz Sabzwari, has also posted a quote on her Instagram story.

The message by the actress read, “The best people possess a feeling for beauty, the courage to take risks, the discipline to tell the truth, the capacity for sacrifice.” 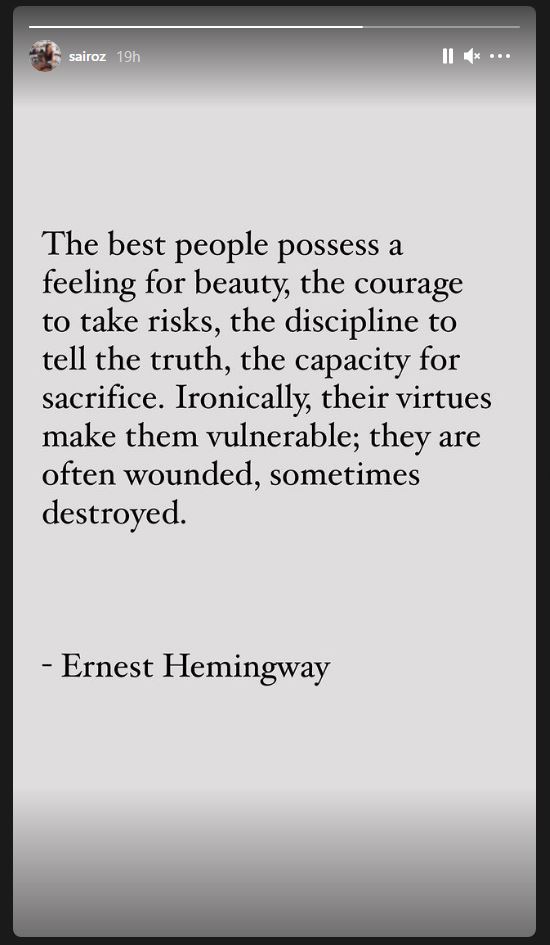 However, it is still unclear that who these women are actually directing their messages to.

Model, film and TV industry actress and former VJ Syra Yousuf was born on April 20, 1988, in Karachi. She was married to Shahroz Sabzwari in 2012. The popular showbiz couple parted ways after eight years of marriage for unknown reasons.

Syra Yousuf has a daughter ‘Nooreh Shahroz’ from her first marriage.

However, after just two months of their divorce, Sabzwari married model Sadaf Kanwal. Both the actors had shared photos of their marriage on Instagram.

On the other hand, Shahroz Sabzwari had shared a romantic note for his wife Sadaf Kanwal on their first wedding anniversary on May 31.

Posting a short video of Sadaf on Instagram, the Nand starlet wished her on the first anniversary.

He wrote, “No lovey-dovey run of the mill Anniversary Post. A genuine why I Love you so much VIDEO, cracks me up every single time haha” followed by a heart emoji.

Shahroz went on to say “Happy 1st Anniversary to us.”

Actress Sadaf Kanwal is celebrating her birthday today with zeal. Her husband...

Raj Kundra, Shilpa Shetty's husband, and a businessman was granted bail in...