Feroze Khan termed as ‘SRK for the poor’ by fans

Feroze Khan termed as ‘SRK for the poor’ by fans

Pakistani actor and supermodel Feroze Khan gave a satirical remark in reply to one of his fans calling him ‘Ghareebo ka SRK’ on social media which is now going viral on all social media platforms.

Feroze Khan recently shared a new photo of himself to his social media account on Instagram, on which he has garnered millions of likes and hundreds of compliments. 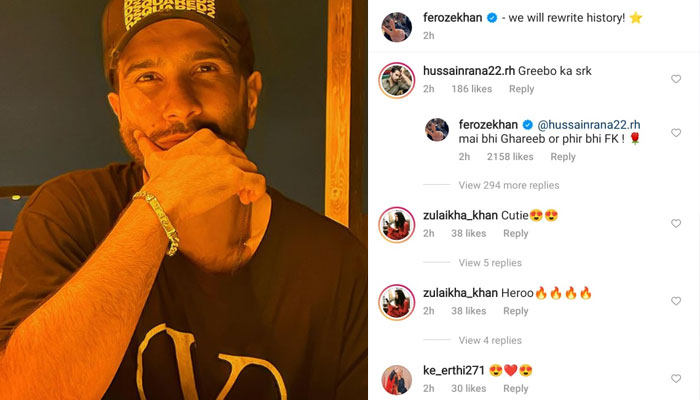 More than two thousand people have liked this comment and many fans even replied to this comment. Fans are praising him as well as criticizing him.