How much does Fawad Khan get paid to model for his wife’s brand?

How much does Fawad Khan get paid to model for his wife’s brand?

Designer Sadaf Fawad, wife of renowned Pakistani showbiz actor Fawad Khan, was asked an interesting question by a fan, the answer to which is widely circulating on social media.

Sadaf Fawad held a question and answer session using her work account ‘SFK Bridals’ on Instagram where fans asked the entrepreneur various questions regarding her work.

One fan had an interesting question for her. The user asked if she pays Fawad Khan to model for her brand.

Replying to the user, the actor’s wife said with an emoji, “Yes, I do. With kindness and respect.” 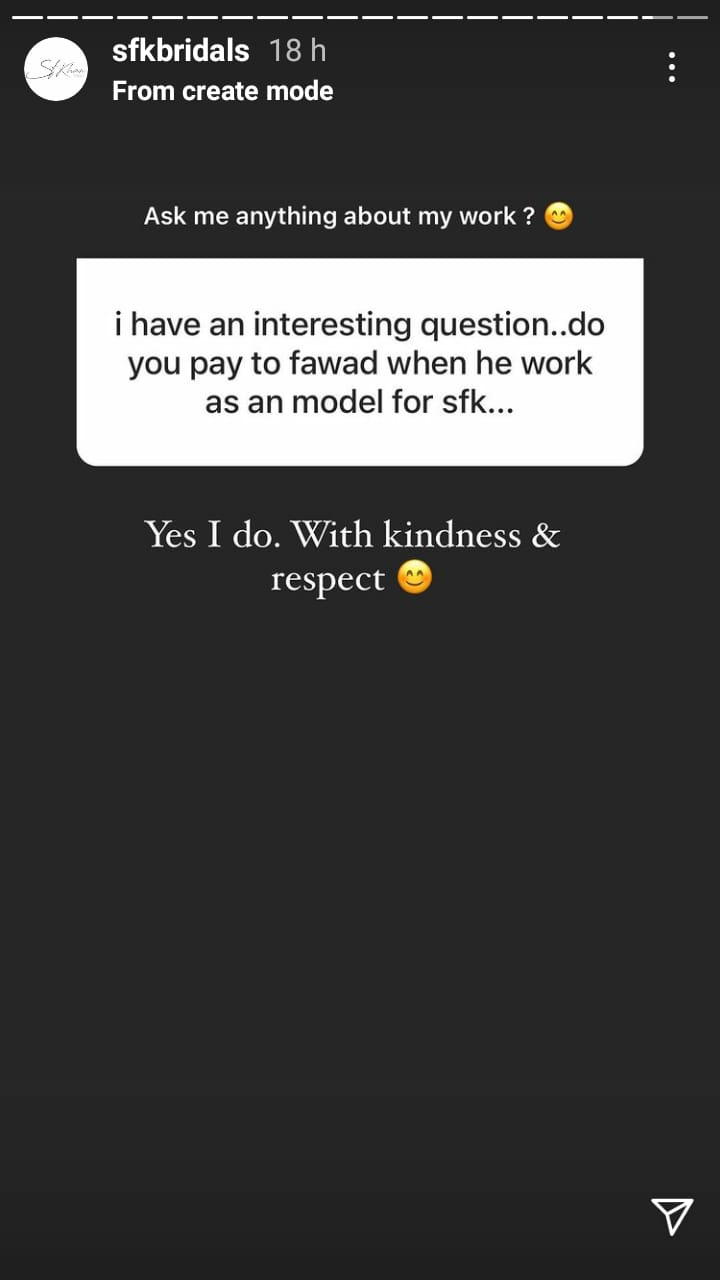 Lately, news has been circulating on social media of Fawad’s comeback in another super smashing and amazing drama serial.

He will be appearing in the upcoming drama “Jo Bachay Hain Sang Samait Lo” and the drama serial is based on the story written by novelist Farhat Ishtiaq.

The star cast of the project has not been formally announced yet, but sources have claimed that Fawad will be seen sharing the screen with actress Ayesha Omar in his comeback drama.

Movie review: Army of the Dead

BEIJING: China's space agency has released the online database of the second...

PTI leader Khurram Sher Zaman has while rejecting the decision said that...